Sham Shui Po is a treasure trove for local cheap eats, some of the best shopping streets in all Hong Kong and mouthwatering street food. It is an area concentrated with famous eateries without the tourist price tags, some restaurants are even recognised by the Michelin Guide’s Bib Gourmand and Michelin Recommended Restaurant sections –  making it all little foodie gem that we would highly recommend you to explore.

Here’s our list of the best restaurants in Sham Shui Po. 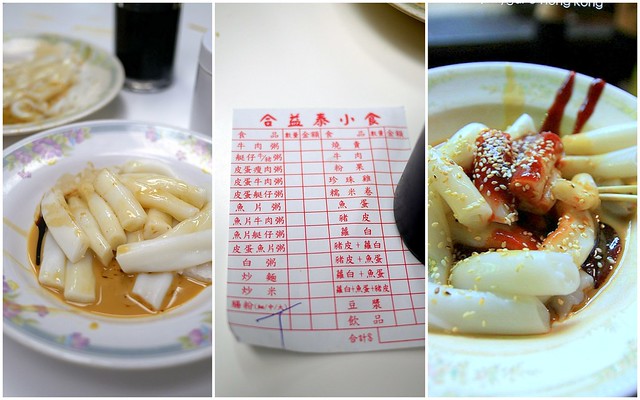 Since we were doing a mini food crawl at Sham Shui Po area, it is like committing sin if we skipped Hop Yik Tai. This tiny shop at the corner sells cheong fan for dine in and for take away. These delicious piping hot steamed rice rolls are freshly made on a daily basis. They were so silky and smooth and pairs perfectly with sweet sauce, sesame sauce and soy sauce! The best thing is it costs only HKD 8 for a plate of small cheong fun.

Other than cheong fun, they offer a great varieties of porridge during the day, as well as toppings such as braised radish, fish ball, sou tai and etc. The popular local eatery is recommended in the Michelin Guide last year. 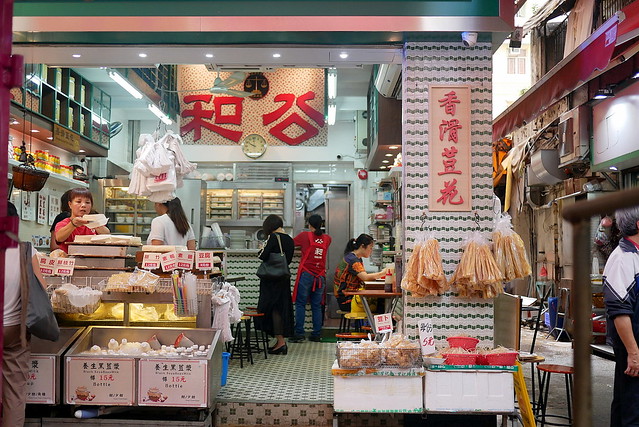 When it comes to anything that is soy bean related, Kung Wo is indisputably the best. This old restaurant is famous for its taufufa, tofu puffs, deep fried tofu dishes and homemade sugar-free soy milk. 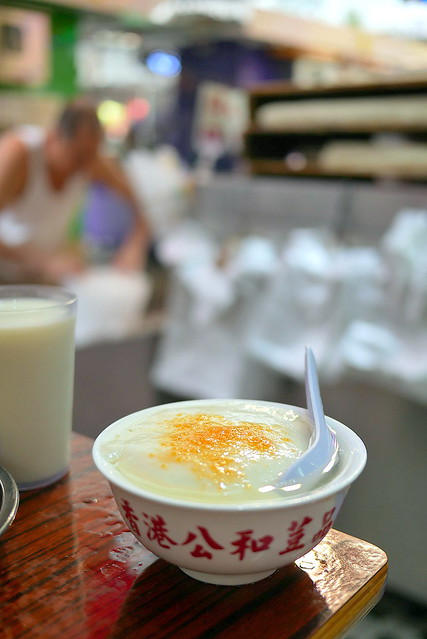 The taufufa is one of the best that we’ve ever had –  silky smooth with rich soy bean flavour. You can also add one or two table spoon of the white + brown sugar provided at the side for some extra sweetness. 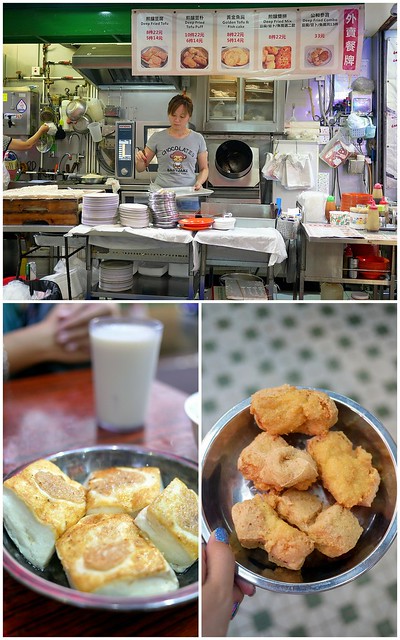 We love everything that we tried here. Again, the price point is super low, nothing costs more than HKD20. 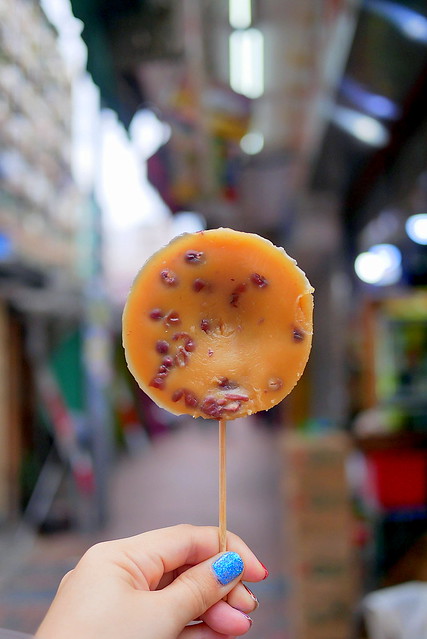 This humble corner eatery is renowned for its homemade steamed rice pudding, aka put chai ko, as well as its array of old-school Chinese desserts such as the red bean cake, white sugar cake ji dan gao. 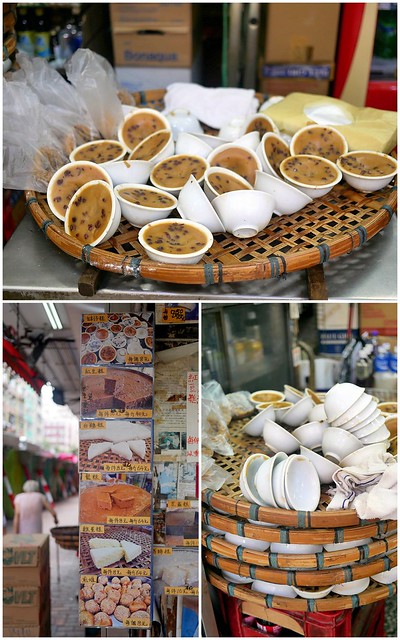 This Michelin Guide Restaurant sells more than 400 of these “put chai ko” (HKD 8) steamed in little ceramic bowls and filled with red beans on a daily basis. 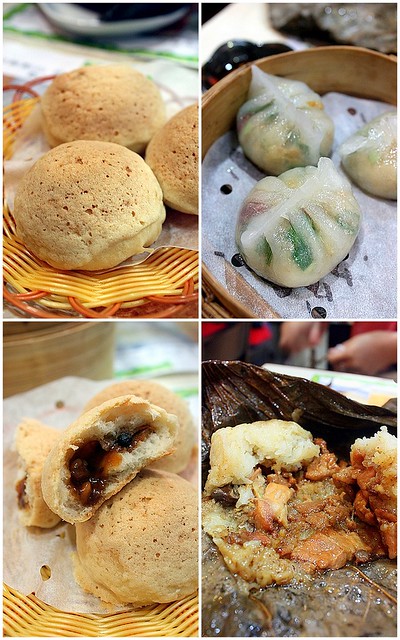 Tim Ho Wan needs no further introduction. This dimsum place is known for its Michilin Star Award and one of the must order items is the crispy barbecue pork bun and traditional lo tai kai. 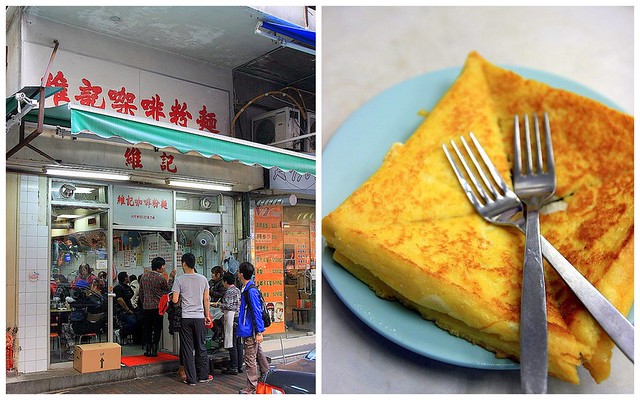 Wai Kee is famous for its pork liver noodles and kaya french toasts. One has to wait for an hour during peak hour, we were told by our local friend. They owned three shop lots within the same street, a testament to their extreme popularity. Their signature pork liver’s noodles is essentially a bowl of nissin noodles topped with pig liver in a clear broth. The noodles were a little too soft for my liking but the livers were so well cooked and tender! I hate pork liver with a mushy texture, but Wai Kee’s version was slightly chewy on the outside and a fresh, earthy flavour unfolds as I chewed longer. 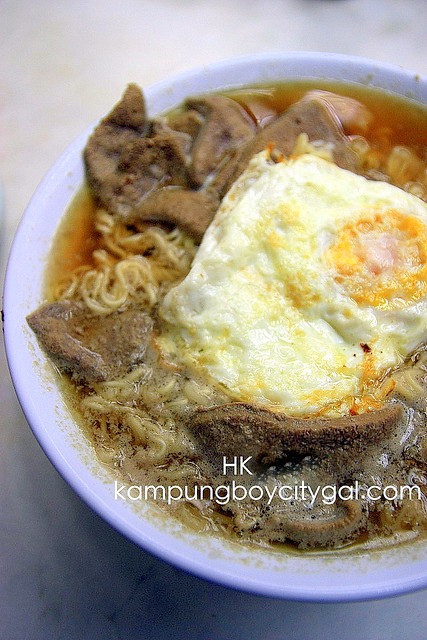 Their signature pork liver’s noodles is essentially a bowl of nissin noodles topped with pig liver in a clear broth. The noodles were a little too soft for my liking but the livers were so well cooked and tender! I hate pork liver with a mushy texture, but Wai Kee’s version was slightly chewy on the outside and a fresh, earthy flavour unfolds as I chewed longer. 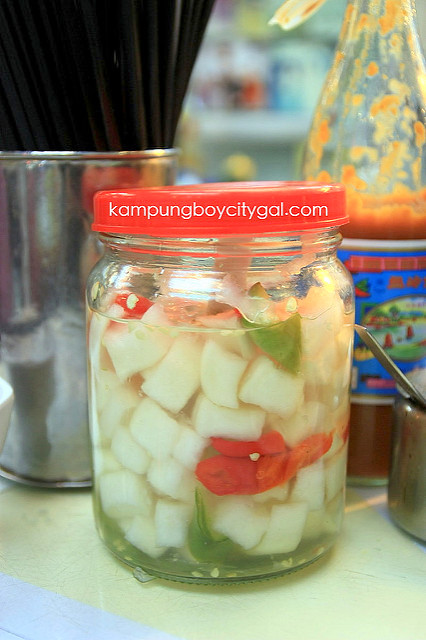 Lau Sum Kee is famous for their jook-sing noodles (bamboo pressed noodles). It is made of duck eggs and the chef rides a bamboo log to press the eggs, flour, and other ingredients together. The result is a firm and springy noodle texture.

Another highlight is their home made radish pickle kept in jar. It was so delicious – crunchy and not too sour. It also whets our appetite that we can still order double portion after having cheong fun and pork liver noodles. 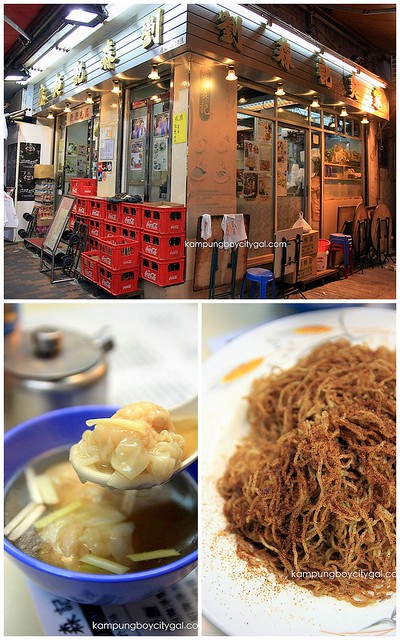 Their har zi meen is topped with a generous amount of dried shrimp roe – a Chinese condiment made by salt-curing the eggs of prawns before they hatch. It has a salty umami-rich seafood flavour which enhance any type of plain tasting food. It looked so plump and full of ground meat and shrimp.

One Sunday morning, I woke up with a pounding headache and a craving for prawn noodles. Felt too awful to apply anything on my…