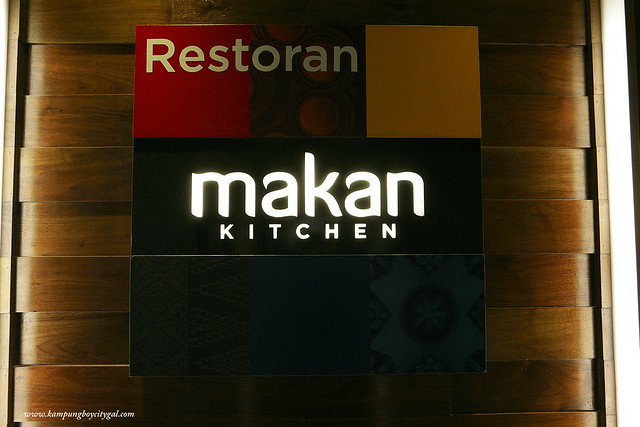 Makan Kitchen @ DoubleTree by Hilton KL is the place that we would recommend whenever we have foreign visitors to KL. Featuring the best of Malaysian food under one roof, one is spoilt for choices here. 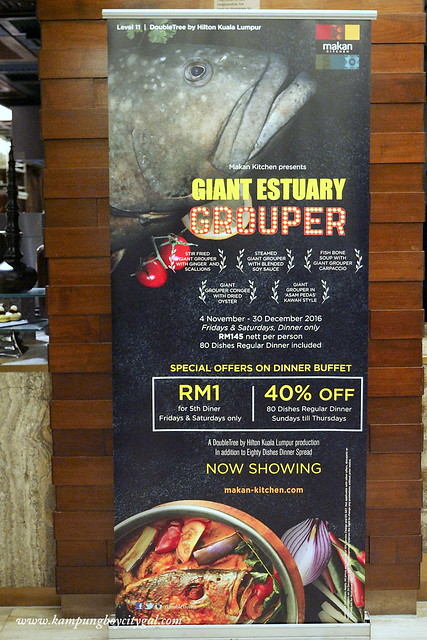 One does not get bored eating here because from time to time, Makan Kitchen will run different promotions and feature different items on the menu. And now, Makan Kitchen is running a Giant Estuary Grouper promotion from 4 November until 30 December 2016. Staying true to its identity as a Malaysian buffet restaurant, 5 Malaysian dishes featuring the giant goliath from the sea will be featured. 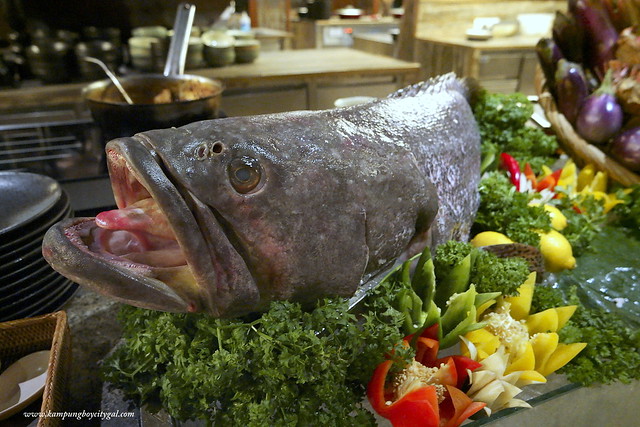 Do you know that the giant estuary grouper here weights in at approximately 25kg each? Makan Kitchen sources their grouper from a local fish farm in Penang and the fishes are bred in the sea, allowing them to live in their natural habitat. It is also my family’s favourite fish because we love the thick, chewy gelatinous skin of a giant grouper. 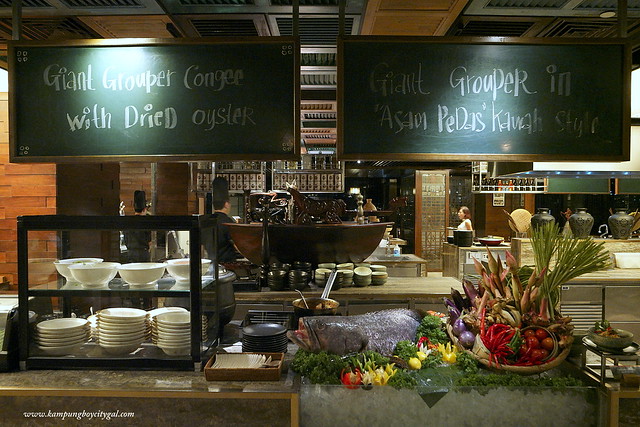 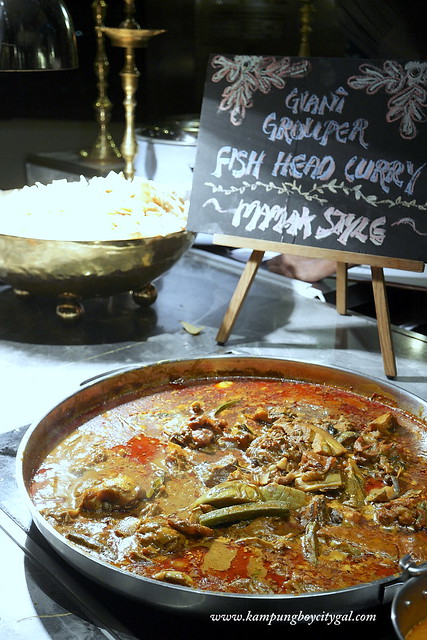 The pungent, thick-bodied, spicy broth went really well with some made to order, hot and crispy naan bread. 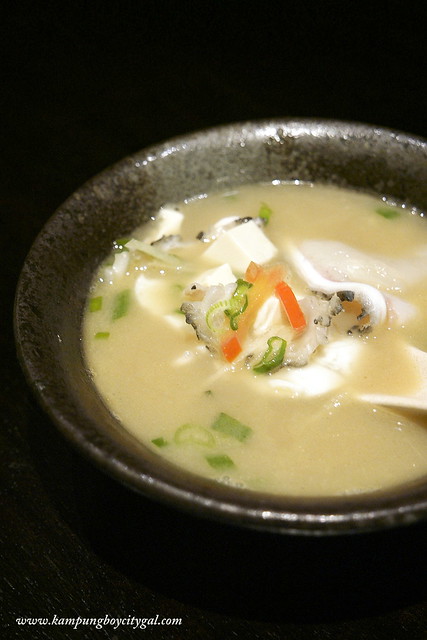 After long hours of boiling with peppercorns and ginger, the soup turns into a milky white coloured broth. It was so thick and I felt so nourishing by just having a small bowl of soup. The thin grouper slices were served raw, and it slowly cooked inside the hot broth, resulting in tender textures. 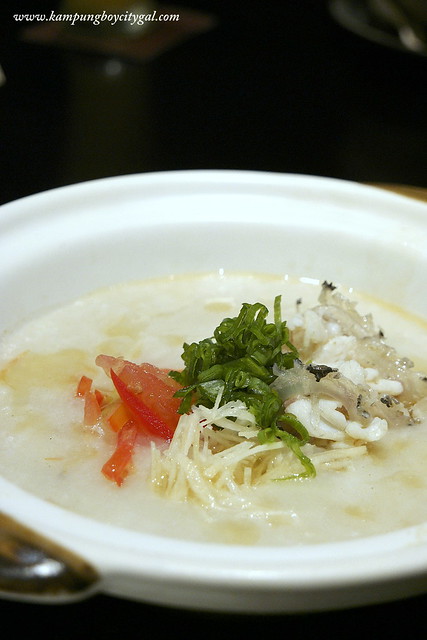 We can really taste the sweetness on the congee and the texture was velvety smooth. 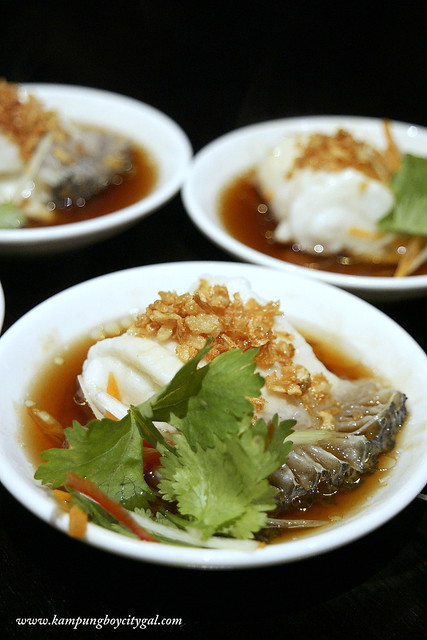 It is the simplest but also the yummiest way to prepare giant grouper fish. The meat was firm yet bouncy and the gravy has a highly concentrated flavor of the sea. 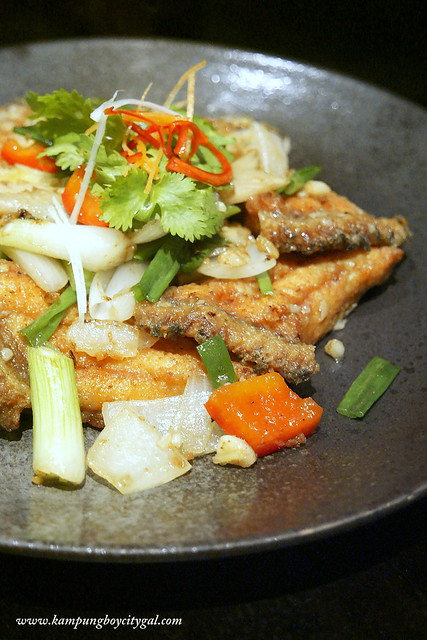 The deep fried fish slices has a thin and crispy batter layer and a juicy, tender meat within. 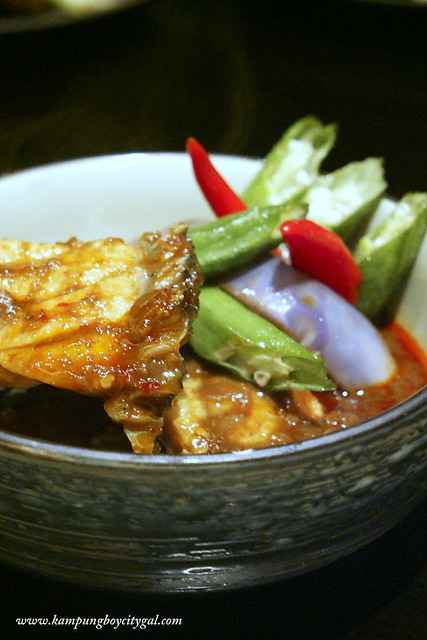 I just had to order rice to come with this as the gravy is really syok and spicy.

Apart from that, patrons also get to enjoy over 80 dishes from the buffet spread that include Chinese, Indian, Malay, Peranakan, Kristang, and Iban delights.

This promotion is available on Fridays and Saturdays (dinner only), until 30 December 2016 and is priced at RM145 nett per person. There are special promotions on dinner buffet:
1) RM1 for every 5th diner, when reservations are made online at http://www.FlavoursbyDoubleTreeKL.com.
2) 40% off 80 dishes regular dinner buffet from Sundays till Thursdays.