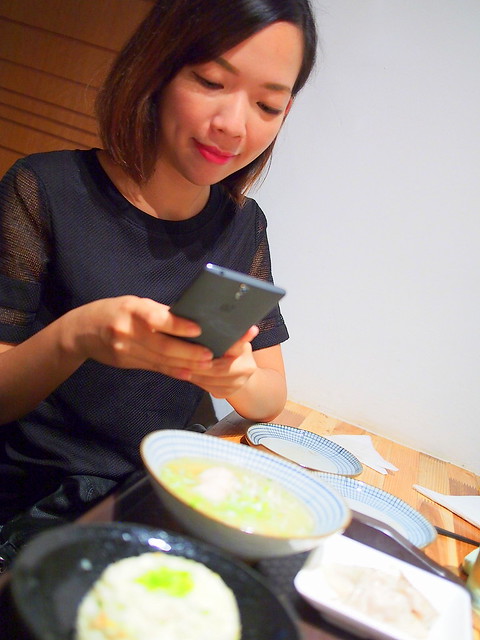 As a food & travel blogger, a good phone camera is very important for us. We need to update our social media platforms on the go!

That is why when we had the chance to test out the OnePlus One device, the first thing we looked at was the camera. We brought it along for a little outing and did some silly shots. It was a rainy evening so we were stuck indoor. But the phone camera never failed us. 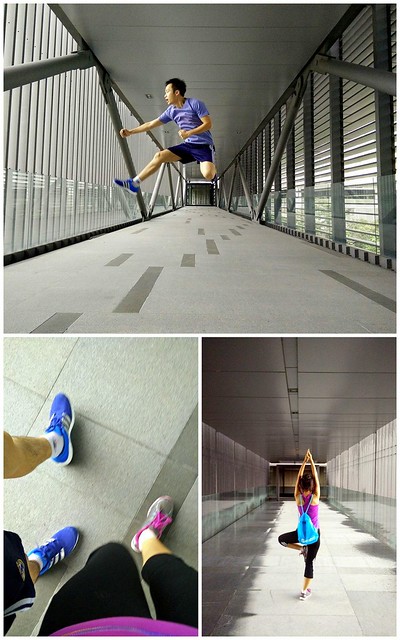 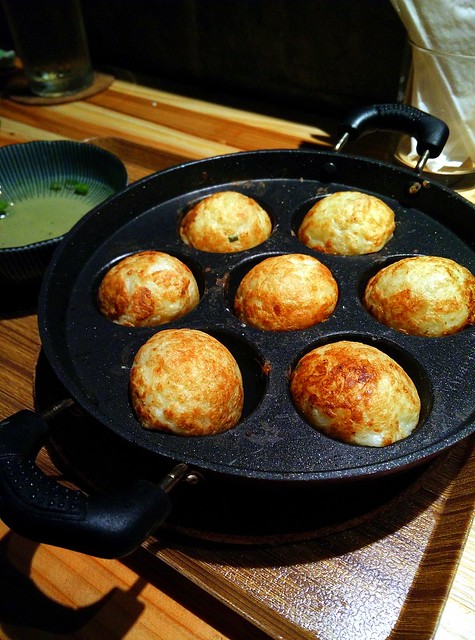 I’m impressed by some of the food shots taken by this phone under dim light condition. The 13MP rear camera with F2.0 aperture helps!

The highlight of the rear camera is its ability to record 4K video, support for RAW files (in DNG format) and slow-motion (1080p at 60fps) videos. It also offers a time lapse video shooting mode. 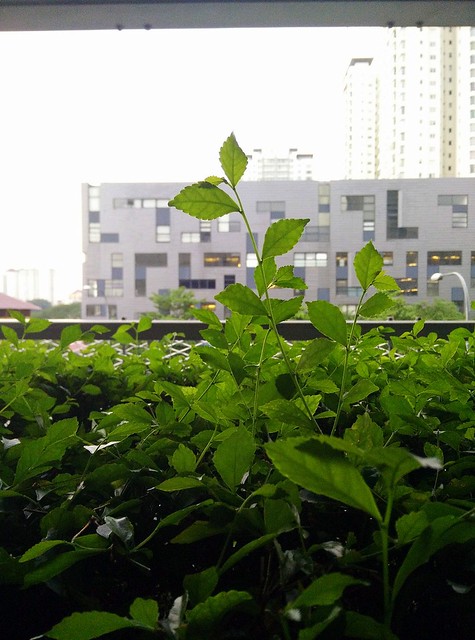 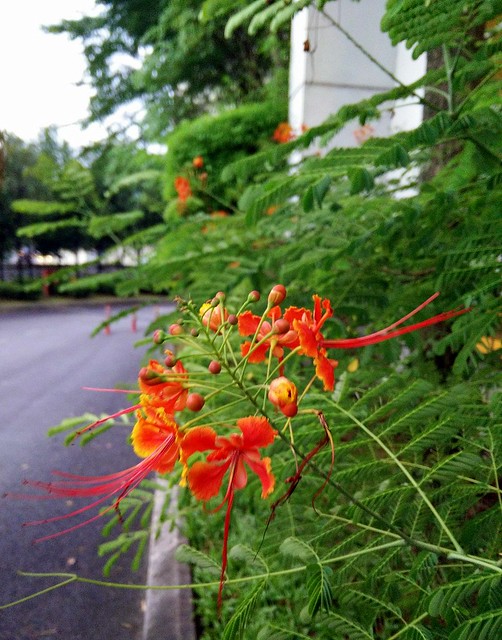 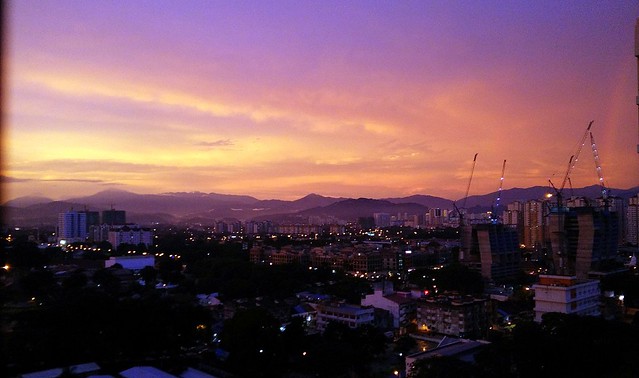 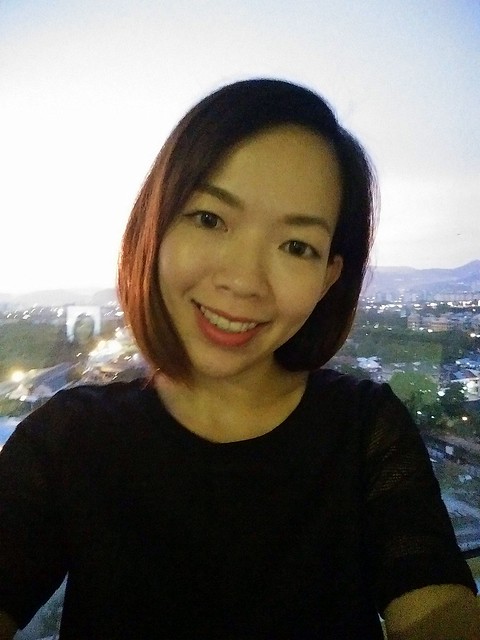 Even my selfie shot under low light condition is not too bad! The 5MP front camera certainly helps. 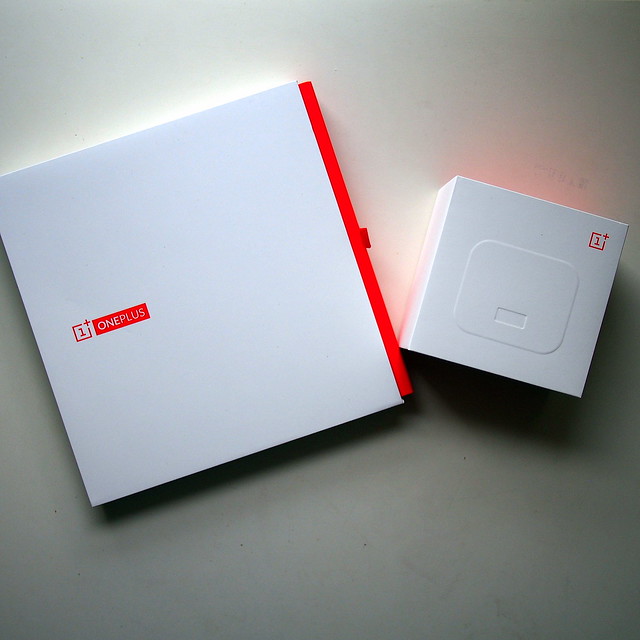 OnePlus One is a high-end smart phone for Android experts; many tech reviews have called this a “beast”. 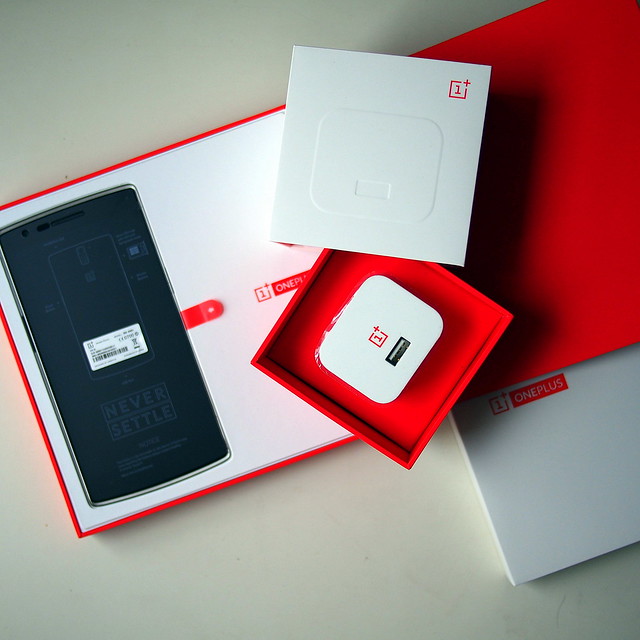 “Never settle.” That’s the motto of the OnePlus One phone. Never settle, for an inferior smartphone. The best thing is you are paying a lot lesser for such a high-end spec phone. 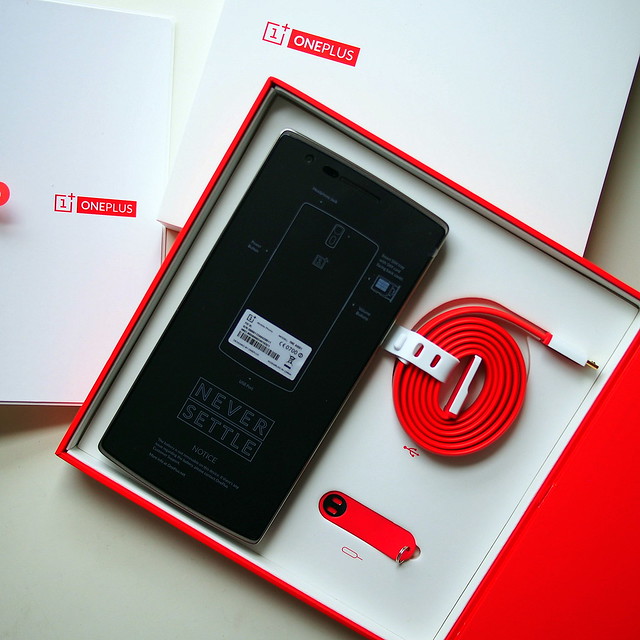 I felt really excited unboxing the OnePlus One phone. The packaging is beyond stylish and modern. 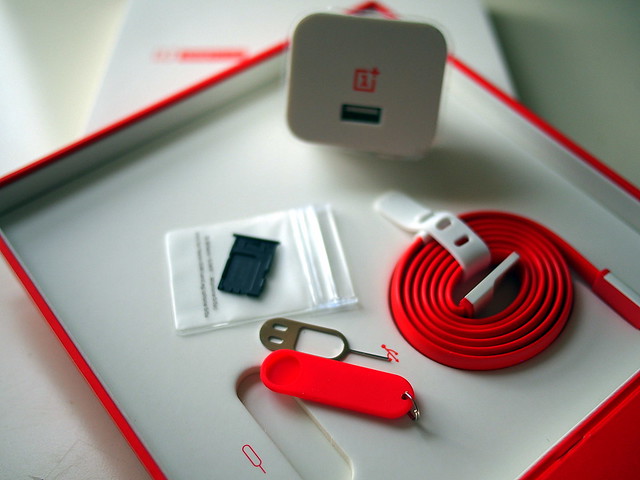 With bright red coloured cable with its own cable tidy (no more tangling wires), sim ejection tool that can be attached to keyring, charging adaptor and a sim slot for nano sim card all in one package, it is apparent that OnePlus One puts a lot of attention to detail. 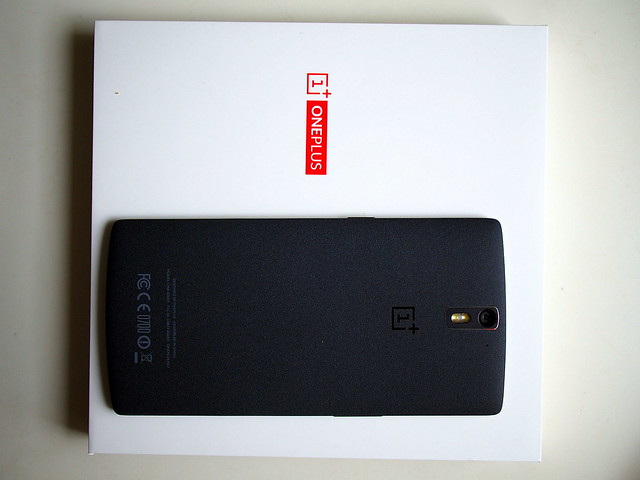 The phone reeks of quality workmanship and design. 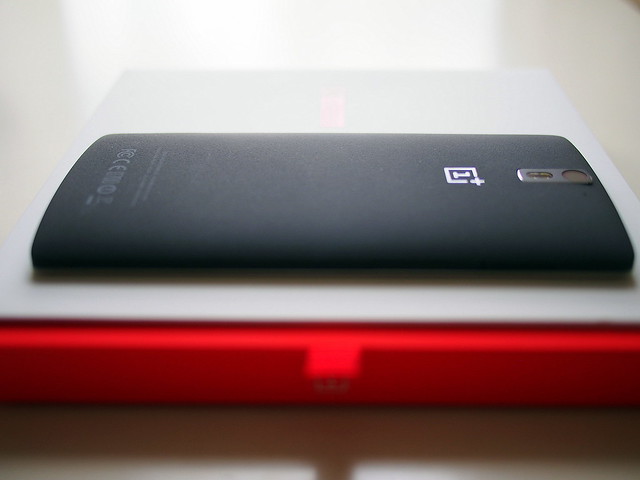 The phone looks sleek and feel solid but it is only weighing 162gram. 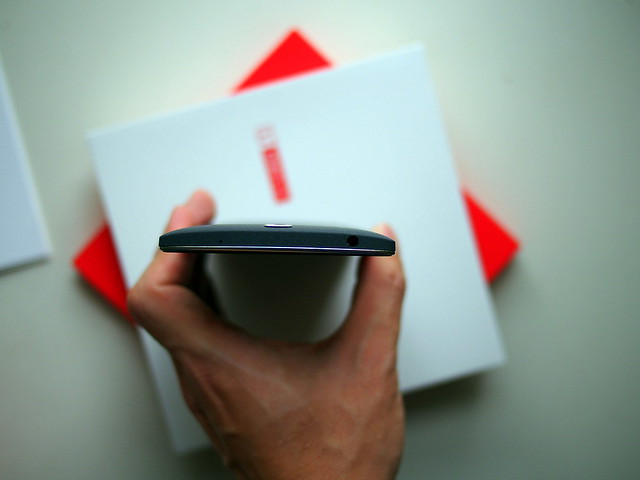 It is also slightly curved at the back, enhancing ergonomics and giving it a good grip. 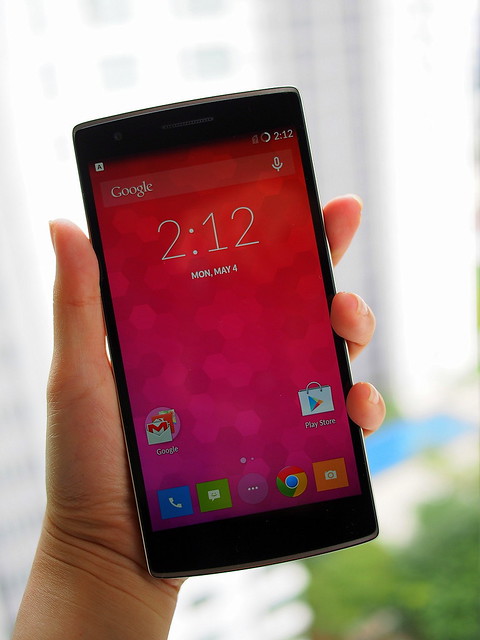 The OnePlus One nevertheless feels great in the hand. The plastic shell has a poly-carbonate matte finish that makes holding the phone feel soft and sophisticated.

I love its 5.5-inch 1080p full-HD JDI IPS screen with LTPS technology for higher pixel density and sharper picture. The touch screen is also fairly sensitive; I can even wear a glove to swipe the phone. Great for traveling during winter time. 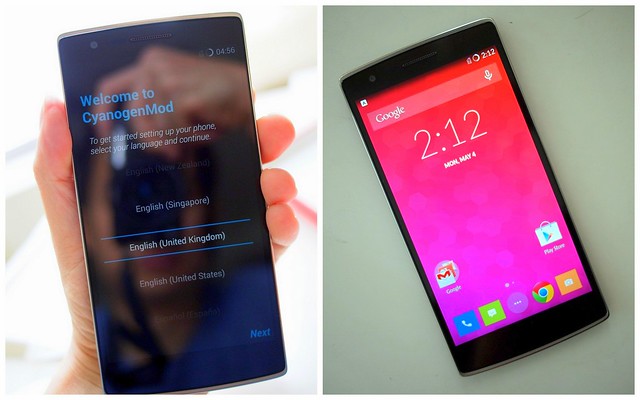 OnePlus One is powered by CyanogenMod 11S, a custom aftermarket version of Android developed by Cyanogen. CyanogenMod is know for its customisability, enhanced performance and additional features.

My favourite feature is the lock screen gesture shortcuts – I just need to double tap to wake up the phone from sleep. When I feel like taking a good shot, I just need to draw a circle to activate the camera.

I can also program the different buttons to perform different actions, such as using the home button to answer call or make the volume rocker keys to lock/unlock the phone.

The battery is a 3100mAh unit, which can lasts up to 1.5 days without charging.

ONEPLUS ONE does not always equals to two. It can do much more than that!

The phone was initially launched on an invite-only basis; you needed an invite to get the handset. The good news is Maxis now owns the exclusivity to OnePlus One phone! Get the phone from as low as RM 599* by signing up for a Maxis One Plan!

Get yours now here – https://www.maxis.com.my/oneplusone

*Price is exclusive of 6% GST

It’s no secret that we love to travel. We have developed soft spots for a few particular destinations, and we often take so many…