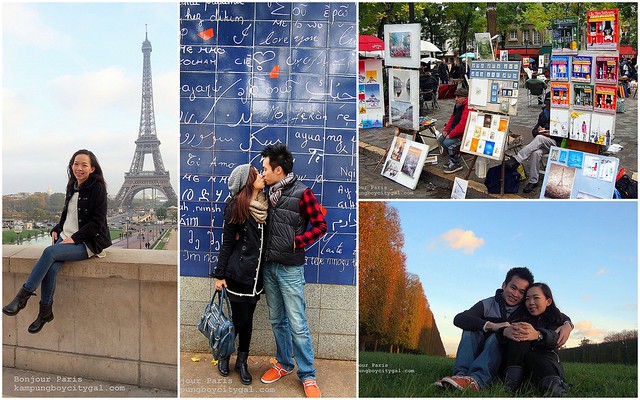 Late last year, we flew to France for our honeymoon. We spent most of our time in Paris and Versailles. We traveled and met some locals along the way. I remembered that this elegant looking old lady from Southern France told us that we should pay a visit there soon. The south of France, colloquially known as le Midi is exceptionally beautiful especially during spring and summer time. Apart from Nice, St Tropez and Provence that we are more familiar with, there are many other charming small towns and villages in Southern France.

Watching this trailer of The Hundred Foot Journey makes me feel like going there even more. 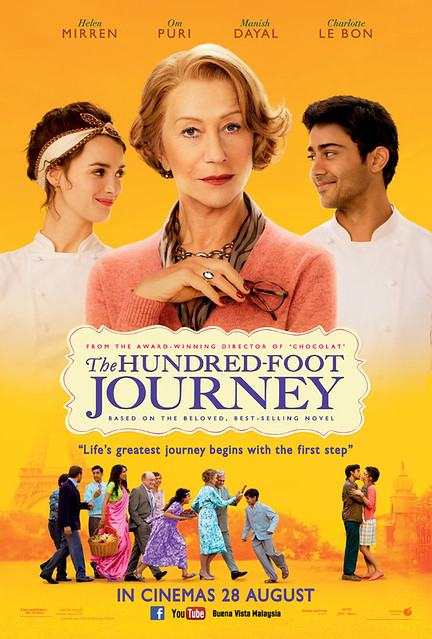 The film is based on a novel The Hundred-Foot Journey written by Richard C. Morais. The story took place in the quaint village of Saint-Antonin-Noble-Val in the south of France. 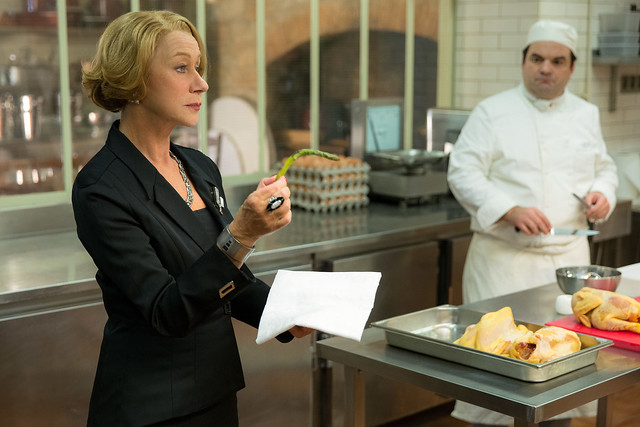 It is centered on an Indian family who moves to France and opens a restaurant across the street from a Michelin-starred French restaurant, Le Saule Pleureur. Madame Mallory (Helen Mirren) who runs the Le Saule Pleureur was against the new Indian restaurant a hundred feet from her own. The conflict escalates to all out war between the two establishments – until Hassan’s passion for French haute cuisine and for Mme. Mallory’s enchanting sous chef, Marguerite (Charlotte Le Bon), combine with his mysteriously delicious talent to weave magic between their two cultures and create distinctive flavours. Madame Mallory took Hassan under her wing eventually and together they won the second Michelin star.

The actual distance from Le Saule Pleureur Restaurant to the Maison Mumbai is just one-hundred feet, however we are seeing two very different cultures here – one is playing Mozart classical while another one is playing loud Bollywood songs. The one hundred feet distance is a journey that both the Kadam family and Madame Mallory make numerous times throughout the film. It represents more than just the distance between these two locations. It’s that point in our lives where we step out of our comfort zone and cross over into unfamiliar territory on a quest of self-discovery. Madame Mallory also reminds us of those snobbish restaurant managers and waiters we met in Paris. After a while, we came to realize that they are not arrogant, it is just their nationalistic pride in French culture and cuisine that they want to protect. 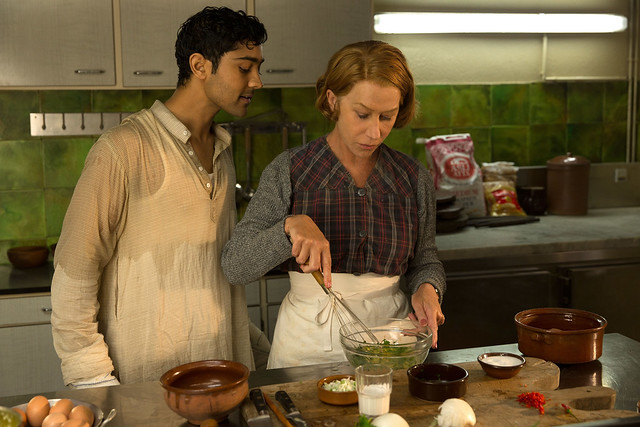 Some fun facts from behind the scene:

If you can recall from the trailer, when Hassan makes the omelet for Madame Mallory in the film, it was based on a recipe Manish Dayal’s father used to make for him when he was a child. It has chili powder, buttermilk, lots of cilantro and a hint of black pepper-maybe I should try making that myself too! Every weekend during production, Om Puri invited his on-screen family to his home where he would cook traditional Indian dishes for them, which brought everyone closer and made their bond on screen more natural and believable.

I have to say that Food brings people together on many different levels. It is not surprising to see people of different races and people from all walks of life eating together on a communal table. From murgh masala, chicken tandoori to stuffed pigeon with truffles and boeuf bourguignon, The Hundred Foot Journey is definitely a foodie-movie that you do not want to miss out.

Do not watch with an empty stomach – I’ve warned you!

Remember to comment on our blog post to state “Why do you want to watch Hundred foot Journey” and the best answer will win a pair of Hundred Foot Journey in season Pass. Please include your email address after your comment as winners will be contacted directly.

We’ll be away for a week. See you guys next Friday!