We were enroute to Kampar during a recent weekend trip to Ipoh from Kuala Lumpur. With more than 50 food stalls available under one roof, Medan Selera Kampar is the place to go for breakfast in Kampar. There is sure something for everyone.

We were lucky to have a local friend who took us around the wet market as well as the food court. Here are some of the food items that you should not be missing out when in Medan Selera Kampar. 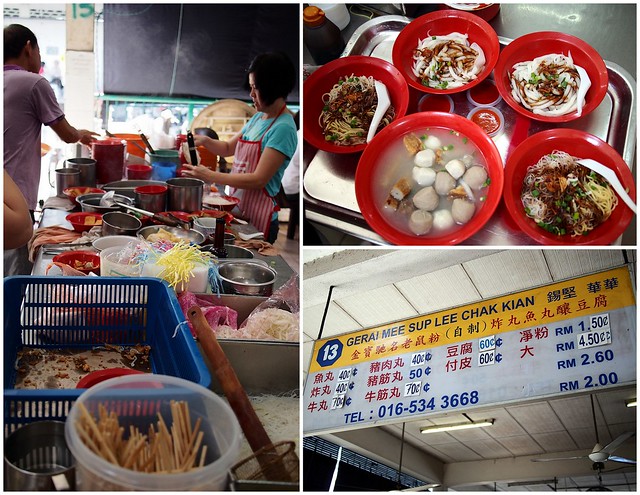 There are more than five stalls selling Kampar lou shu fun (rat’s tail noodles) in the market. However, stall no. 13 is one of the most famous stalls as seen from the snaking line in front. We joined in the line immediately and while queuing up, we observed what the locals are picking from the vast varieties of “liews” such as meat balls and vegetables stuffed with fish paste. 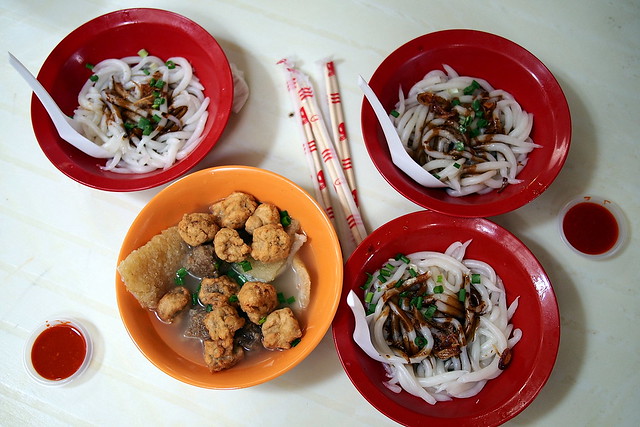 Our order of three dry lo shu fan and about 20 pieces of “liews” costs us about RM 14. Pretty reasonable for KL’s and even Perak’s standard. Each bowl of lo shu fan is being topped with a light drizzling of soya sauce, dark sauce and sesame sauce. Toss to evenly coat the noodles and you will have a bowl of simple and satisfying noodles. 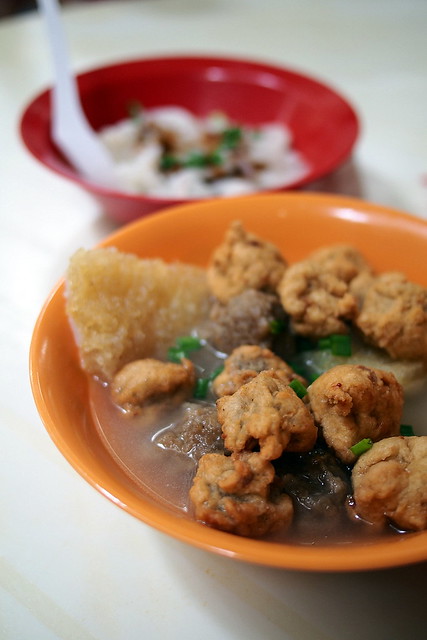 We had about 10 of these famous Kampar Zha Yuan, loosely translated as fried balls. Fried to golden brown perfection, these fried balls were really addictive. It was flavourful and crunchy on the outside and chewy on the inside. 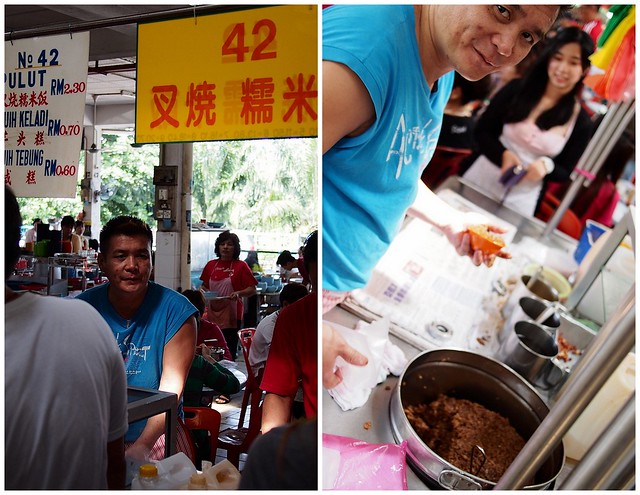 Stall no. 42 is another famous stall in Medan Selera Kampar. It has been serving their famous glutinous rice for more than a decade. We were very lucky to secure the last two curry glutinous rice as they ran out of char siew and curry sauce by 11am. 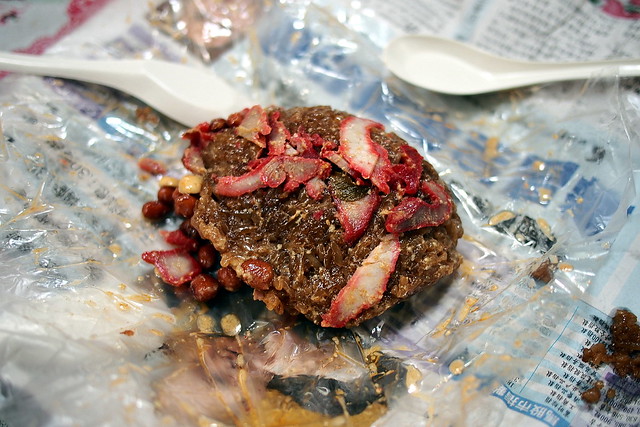 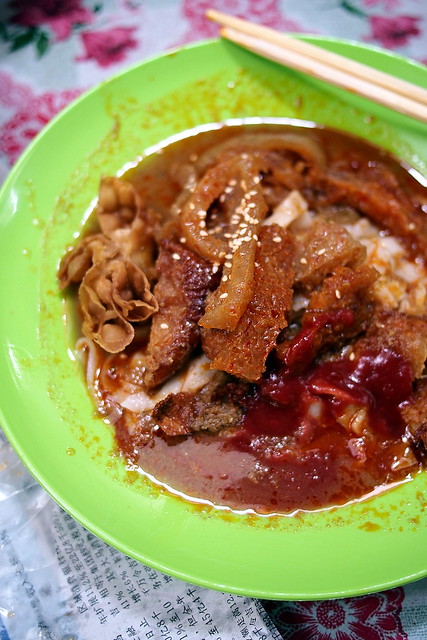 We also order some curry chee cheong fun from stall no. 30 but it was nothing to shout about. The locals told us about “Sui Kei” that makes Kampar chee cheong fun famous. They are only open at night from 8pm onwards but eager patrons start to wait at around 730pm.

We did not have to opportunity to try out some Kampar famous fried kuey teow as the stall was closed when we were there. Stall no. 32’s uncle is famous as everyone knows him as the uncle who sits on a stool while frying and dishing out his plates of char kuey teow. Charcoal, instead of conventional gas is being used so this explains why his char kuey teow is always full of ‘wok hei’. 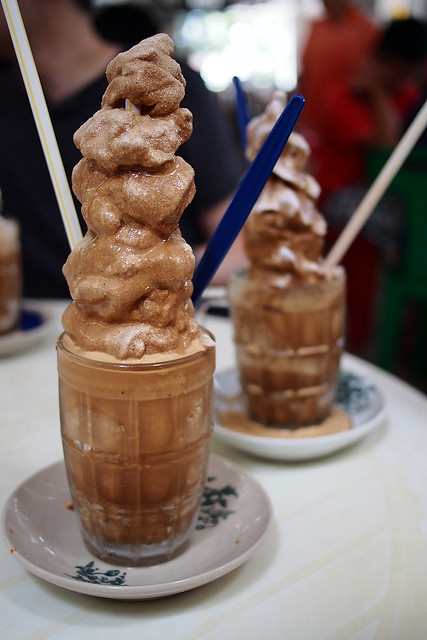 We adjourned to stall no. 25 for some refreshing glass iceberg café after such a satisfying meal. Be prepared to wait as the stall owner prepares these iceberg coffee one after another as he only operate on one blender. We did not mind the long waiting hours as each cup of iceberg coffee is specially crafted. The stall owner spent a lot of time in maintaining the shape and quality of the icebergs coffee. For RM4, it was great value for money for its portion size.

Do you know that six of the seven species of marine turtles are listed as Endangered or Critically Endangered due to loss of habitat,…