Busan is South Korea’s second largest metropolis after Seoul. It is also a coastal city famous for its beaches and host to Busan International Firm Festival every year in October.  The main reason we visited Busan last April was for cherry blossoms and rape flowers. The flowers start to blossom from the end of March in Busan City and reach their peak in April. It was also warmer in Busan than in Seoul, so that was a nice change of pace. To get to Busan, we took the KTX high speed rails. The KTX trains depart from Seoul Station and the journey to Busan takes 2.5 hours. A return ticket costs about 100,000 won and a 3 day rail pass costs 84,6000 won so it is better to buy the rail pass.
For online/offline purchase of the KTX rail pass, you’ll need to make a payment. However, your E-ticket is automatically cancelled and the amount is not charged if you do not change it into Korea Rail Pass after your entrance into Korea. It is charged only after your exchange at rail station in Korea. Print out the payment receipt and exchange it to a KTX pass at Seoul Station. Remember to purchase your KTX ticket using the KTX pass. 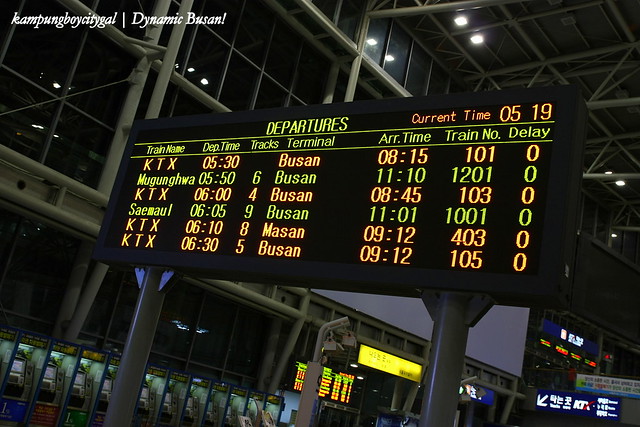 We took a 6am train to Busan. As you can see from the train schedule, KTX departs from Seoul Station to Busan Station very frequently. 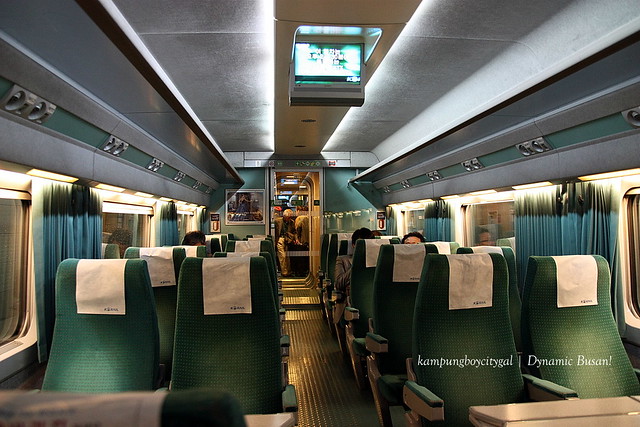 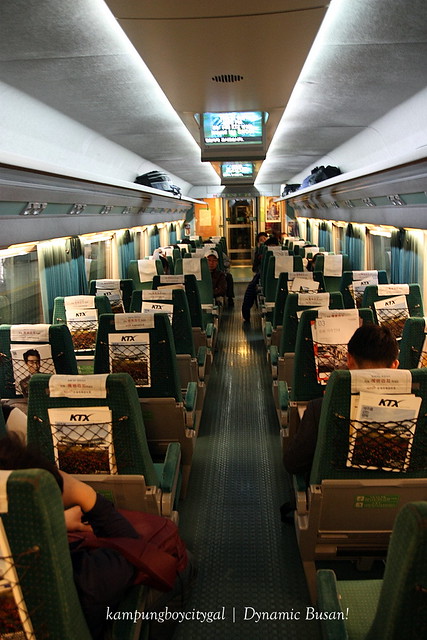 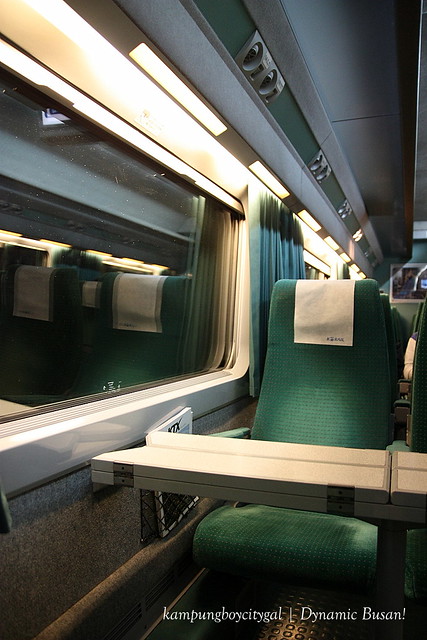 The KTX cabin is clean and comfortable. It was also very quiet and stable during motion, so we dozed off pretty quickly. Along the way, we experienced speeds of up to 301 km and it is truly a wonderful way to travel across South Korea! 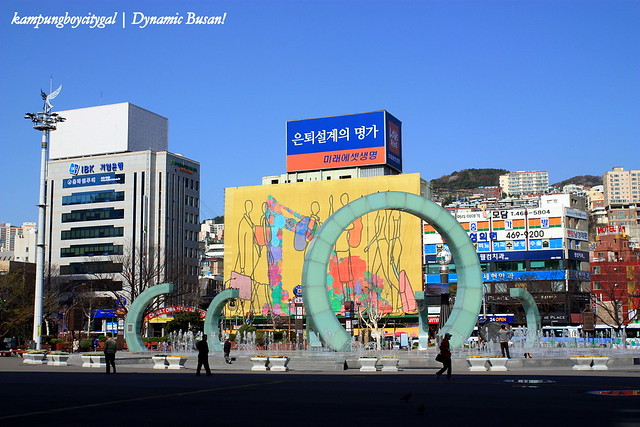 The KTX arrives to Busan station and our hotelToyoko Inn Busan Iis located right next to it. 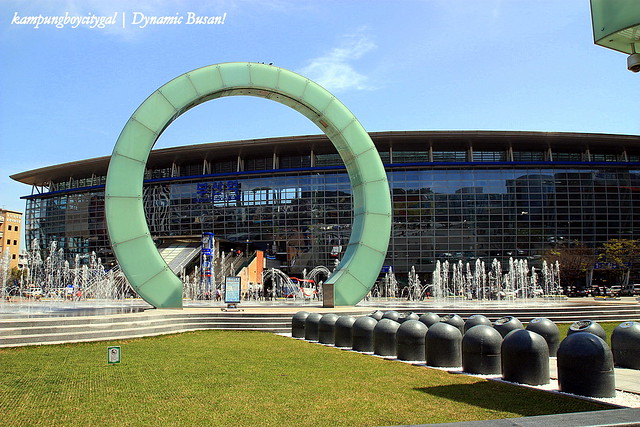 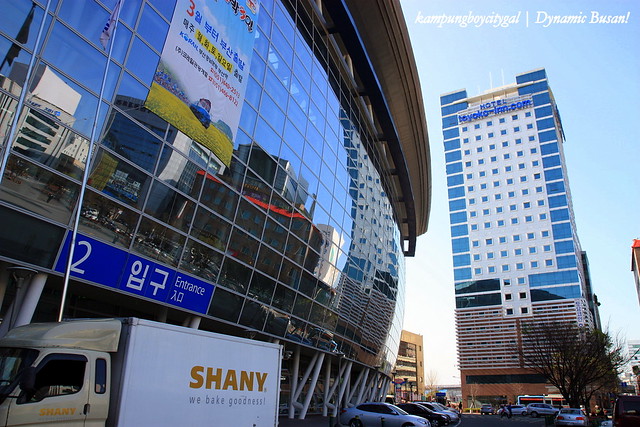 Toyoko Inn Busan I is an exact replica of Toyoko Inn Dongdaemun, except that these two hotels are located at different part of South Korea. Its location is unbeatable – easily accessible via limousine bus from the airport and beside Busan Station for KTX.  It is also few minutes away from the Exit 6 of Busan Subway system. 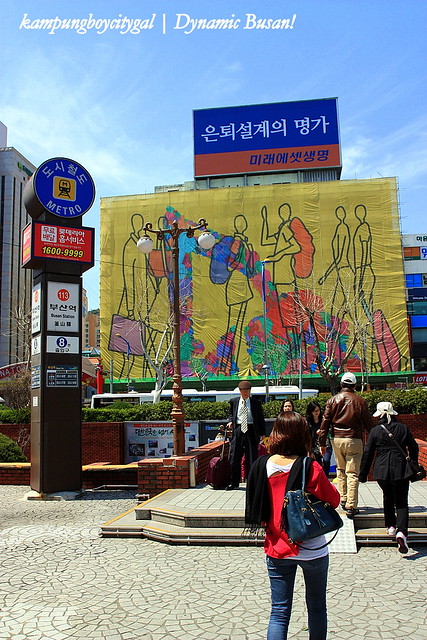 We moved around Busan using mainly metro and buses. There are 5 lines that make up the subway transportation system in Busan.  The subway lines are Line 1 (Orange), line 2 (Green), line 3 (Gold), line 4 (Blue) and the Busan – Gimhae light rail. For a map of the Busan Subway System visit this integrated route map. 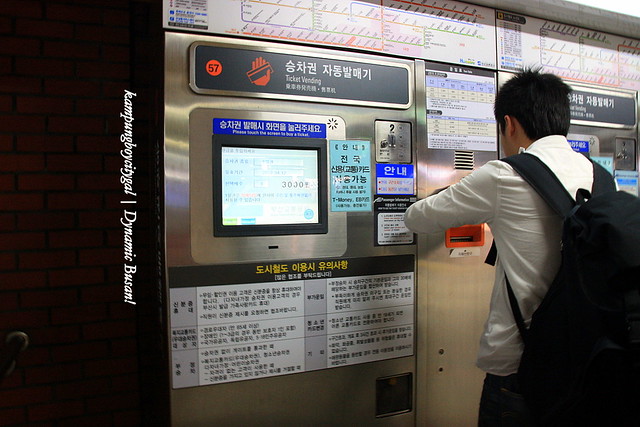 Busan Metro 1 Day Pass can be bought at the ticket machine in Busan Subway stations. The ticket costs 4,000 won and lets you use all Busan Subway lines up until the last train of the day. This ticket is also a paper ticket. 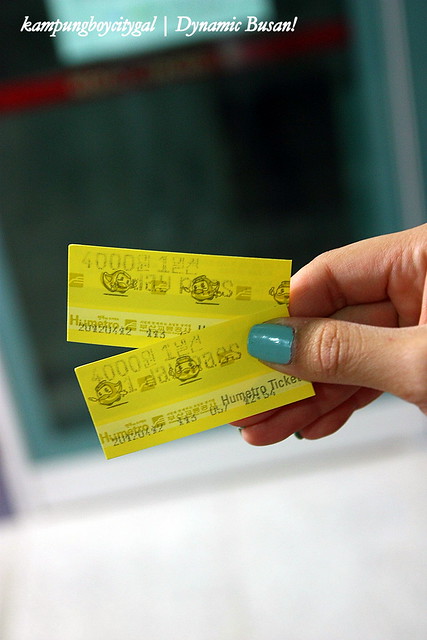 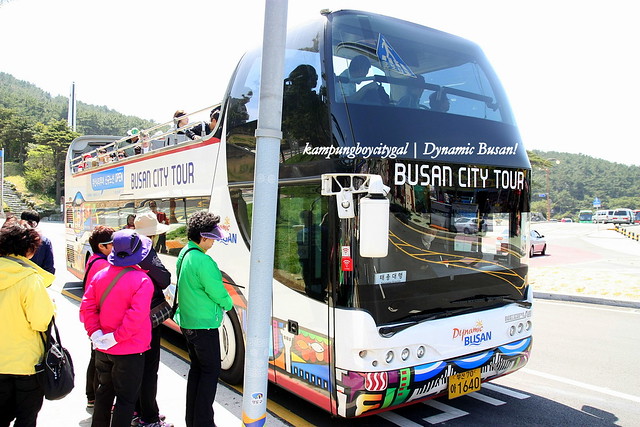 Tourists also get around Busan via the Busan City Tour buses which features a variety of one-day travel courses, each of which centers on a different theme. We did not take any of the travel courses as we had only have a two days Busan itinerary with us so we need to be selective on the places which we wish to go.

☞ Ticket purchase
◎ Online reservations: www.citytourbusan.com (Korean only)
◎ Phone reservations: ARS 1688-0098 (Korean, English, Japanese),
Tel: 051-464-9898 (Korean, English)
* Tickets can be picked up from the bus driver on the day of the tour.
◎ On-site purchase: Tickets can be purchased from the bus driver at any bus stop, provided that seating is available. 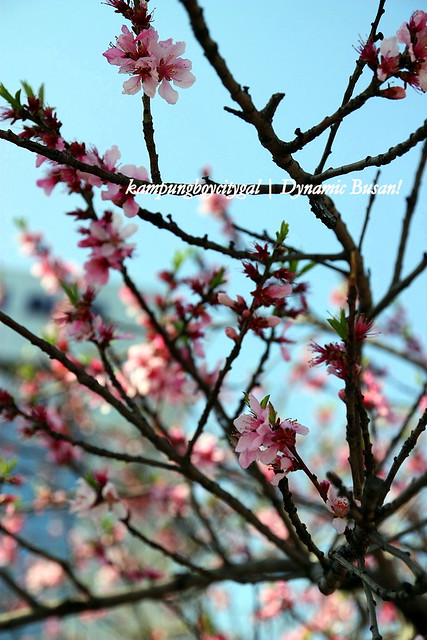 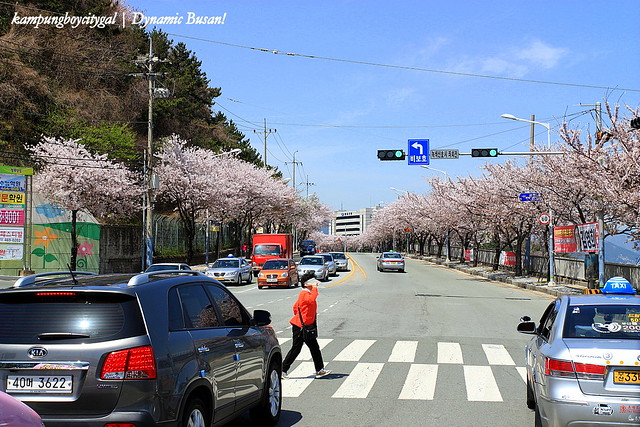 Taejongdae Park is the first destination which we visited in Busan. We boarded onto a bus and it took us about 40 minutes to reach Taejongdae Park. 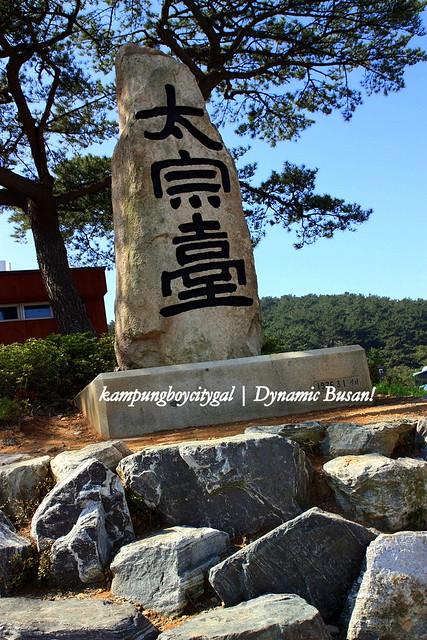 Taejongdae Resort Park in Busan is a natural park located at the southern most tip of Yeongdo-gu. It is also one of the most popular tourist attractions in Busan. 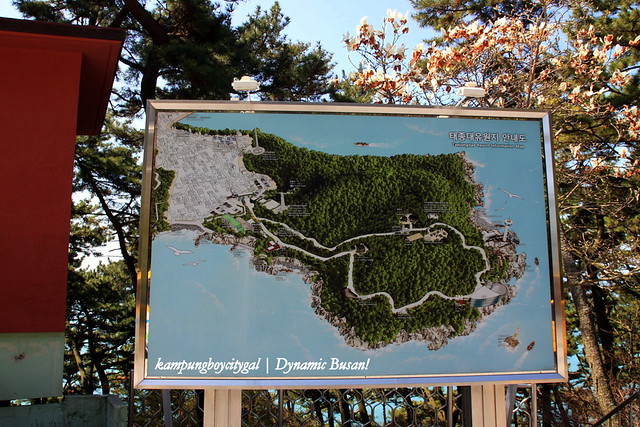 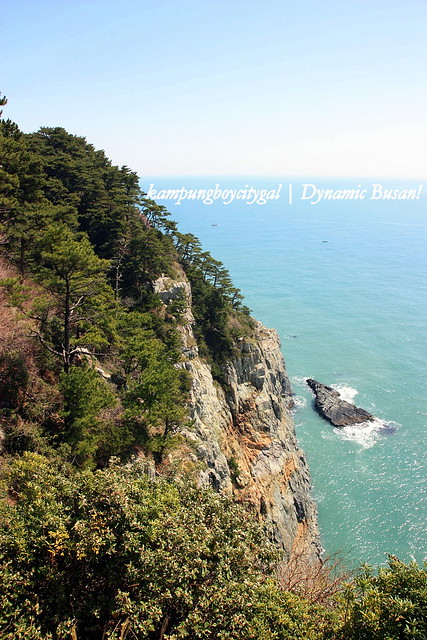 There are a lot of magnificent rocky cliffs facing the open sea as such. The pamphlet says there are over 200 species of trees so one gets a beautiful view of forest landscape and sea. 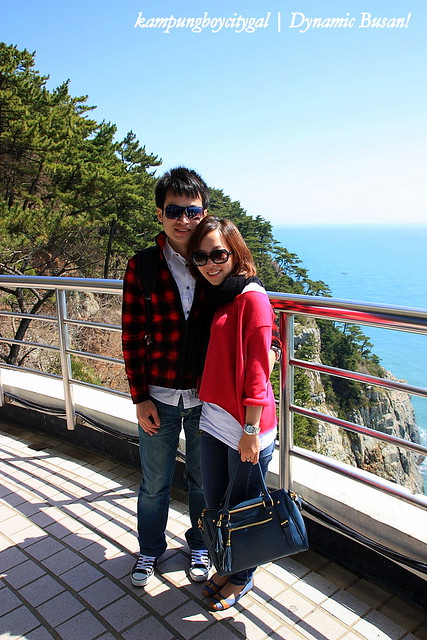 We hopped onto the Danubi Train (Danubi means admiring the scenery in Korean) which runs a circular route of 4.3 km along the Taejongdae coastal road. It is a fun and great way to explore the park if you don’t feel like walking! 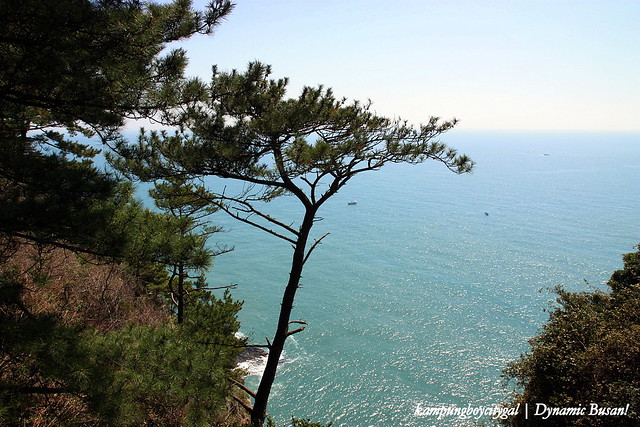 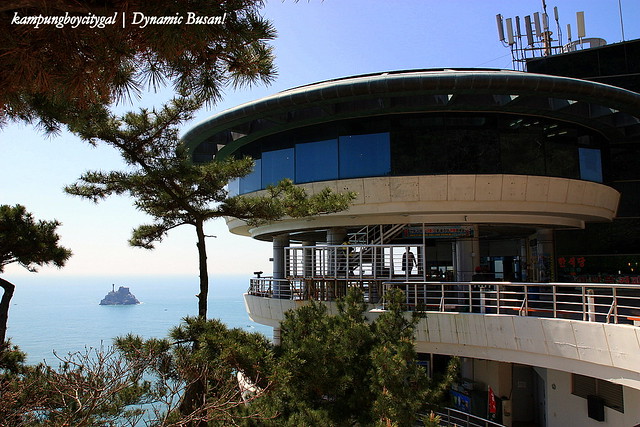 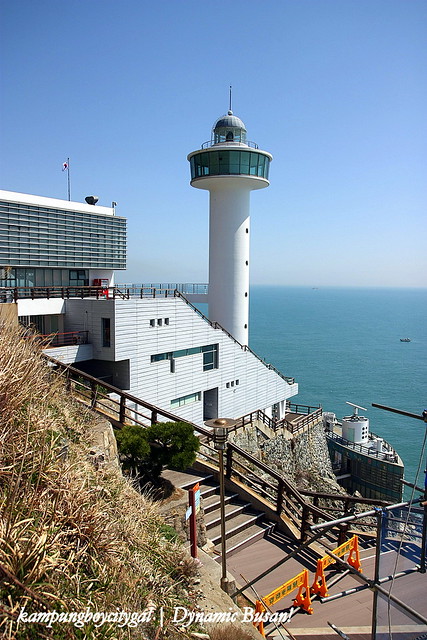 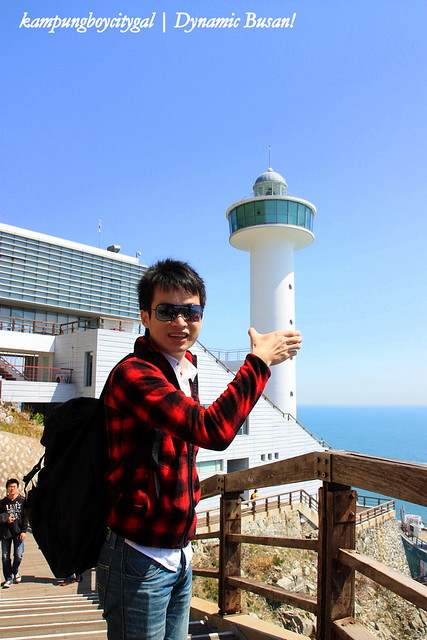 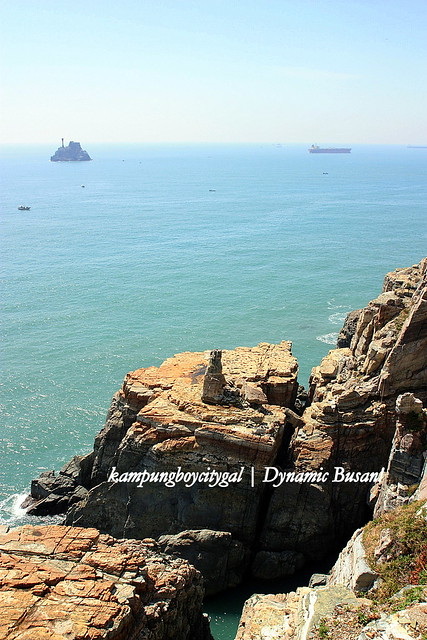 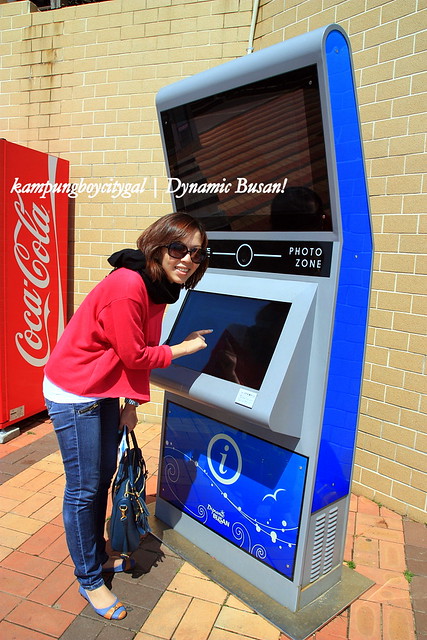 The view was amazing from the cliffs at this park. It was a windy and sunny day, and we felt really relaxing while strolling through the park. 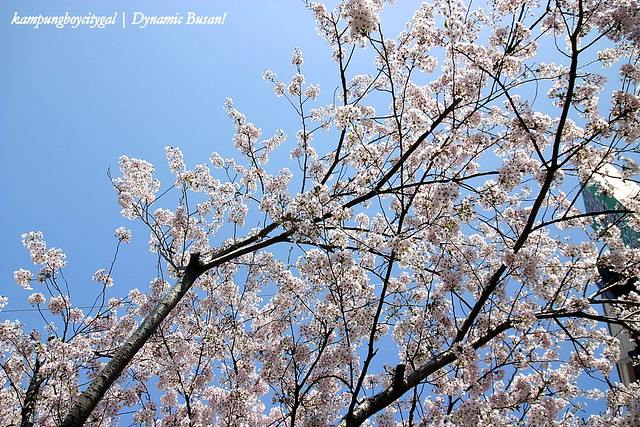 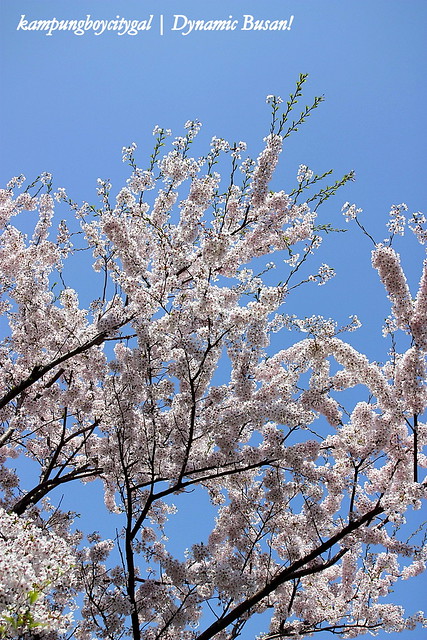 How to get to Taejongdae Park Busan:

From Busan station you can take bus No.88 or 101 and get off at Taejongdae Park. The bus journey is around 40 minutes and the bus should come every 10 minutes. When returning you can use the same bus. Previously we mentioned about how we fell in love with our small & slim buddy – the Galaxy SIII mini. Most of all our latest instagram pictures were taken by this awesome smart phone.

With the LED flash that works best in a dim lit environment, our food photos turned out to be brighter and better. We also played around with the camera effect a lot, which gives us more choices other than instagram filters.

For a “mini” phone of its kind, it certainly can do so much! And its pretty fast at it too! Pretty zippy between apps and my own tasks. It also allows the fashionista in me to keep in trend- especially being able to carry those small clutches and handbags that’s all the rage these days; without having me to compromise the quality of photos and social media content while I am on the go.

The best part is I feel so light now. If you take a look at what’s in my bag – it’s just my wallet, tissues, car key, house key and the Galaxy SIII mini! I can’t say how happy I am with this phone.

For more info on the Galaxy SIII Mini, check out their site here : www.samsung.com/my/s3mini

Our first visit to Unique Seafood falls on Father’s Day, with a lounge full of customers waiting to be seated we were fortunate enough…