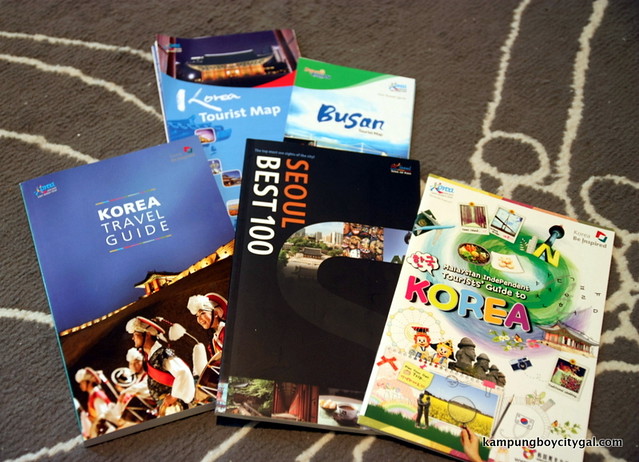 Are you planning a visit to Korea soon? Head to Korea Plaza at Menara Hap Seng to collect guide books, brochures, maps, discount coupons, as well as to receive consultation about travelling to Korea. I got a whole lot of information there; and my favourite guide book is Seoul’s Best 100. We referred to it a lot as we move around Seoul.

Operating Hours:
Monday-Friday : 9am to 6pm
Every second & forth Saturday : 10am-5pm
In March and September, Korea Plaza is open on the third Saturday, from 10am-5pm. 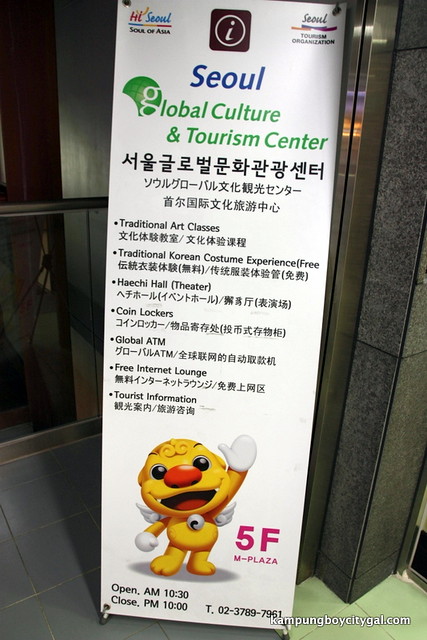 Located on the fifth floor of M Plaza, the center offers tourist information on the city of Seoul in addition to various Korean cultural programs. For free hanbok (traditional costume) experience, just register yourself at the counter (English/Chinese/Japanese language options available) and wait for your time slot. The staff members also offer information on lodging, tourism, shopping, festivals, and performances. Amenities include free internet and coin-operated lockers. 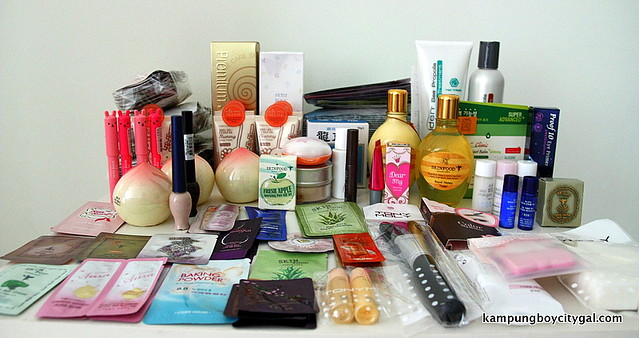 It’s great to be a foreign traveler in Korea. As part of the Visit Korea Year campaign, Korea is offering a wealth of discounts exclusively to foreigners throughout 2012. Coupons are offered on everything from skin care, cafes, multi shops to theatre performances and short-term rental phone services. We printed out a huge stack of skin care/cosmetic brand coupons to enjoy 5-10% discounts on total bill. Skin Food, The Face Shop, Innis Free, Tony Moly, Etude House, etc. You name it, they have got it. 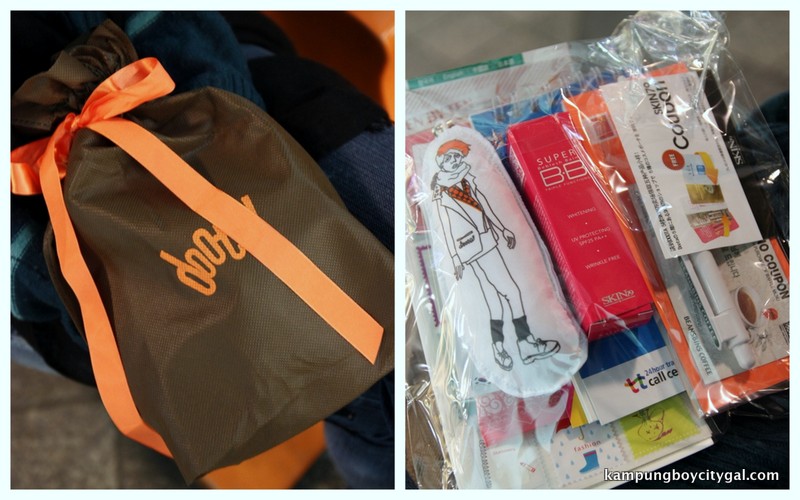 If you plan to do some shopping at Doota Mall, print this out! We got to redeem this goodie bag stuffed with bb cream, book mark, key chain, Doota Mall discount voucher book, etc. Redeem it at the customer service counter at Doota 1F. Just show them the voucher together with passport. Promotion valid till 31/12/2012, no purchases is required! 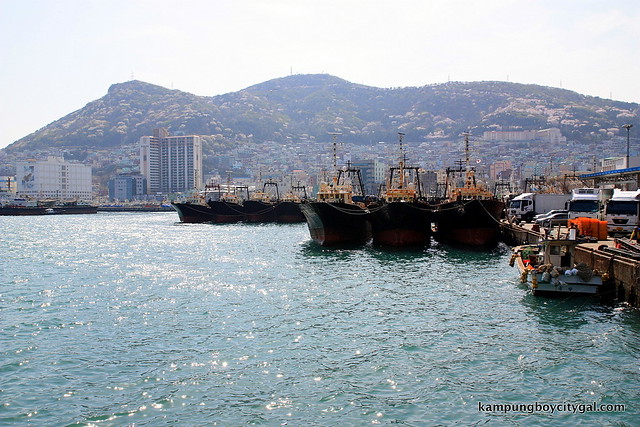 Boarding locations and times are available on the website. However, reservations must be made in advance and confirmed via email. There is only one bus running per day for each routes, so seats are really limited. If the number of applicants exceed the number of seats, successful applicants will be notified via email after a balloting process. We failed to secure a seat, so KTX 3 day pass is the next best option. At 58,200 for 1 day pass and 84,600 won for 3 day pass, the KTX pass costs so much lesser than a two way ticket to Busan (~100,000 won). 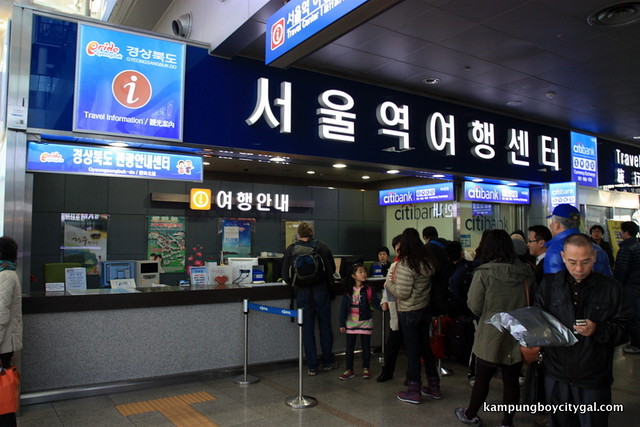 For online/offline purchase of the KTX pass, you’ll need to make a payment. However, your E-ticket is automatically cancelled and the amount is not charged if you do not change it into Korea Rail Pass after your entrance into Korea. It is charged only after your exchange at rail station in Korea. Print out the payment receipt and exchange it to a KTX pass at Seoul Station. Remember to purchase your KTX ticket using the KTX pass.

If you’re a visitor to Korea (non-resident) and are buying goods above 30,000 won at a tax refund eligible outlet, you may claim for tax refund upon your departure. There are two companies who handle tax refund in Korea; namely Global Blue (blue) and Tax Free Korea (red). Look out for the blue/red signs at the store front before you shop.

Most skin care/cosmetic brand stores are entitled for tax refund. Some even allow me to claim for tax refund even after I use the discount coupons. Remember to ask beforehand!

Here’s a complete guide on how to do tax refund at the airport: http://english.visitkorea.or.kr/enu/SH/SH_EN_7_1_4.jsp 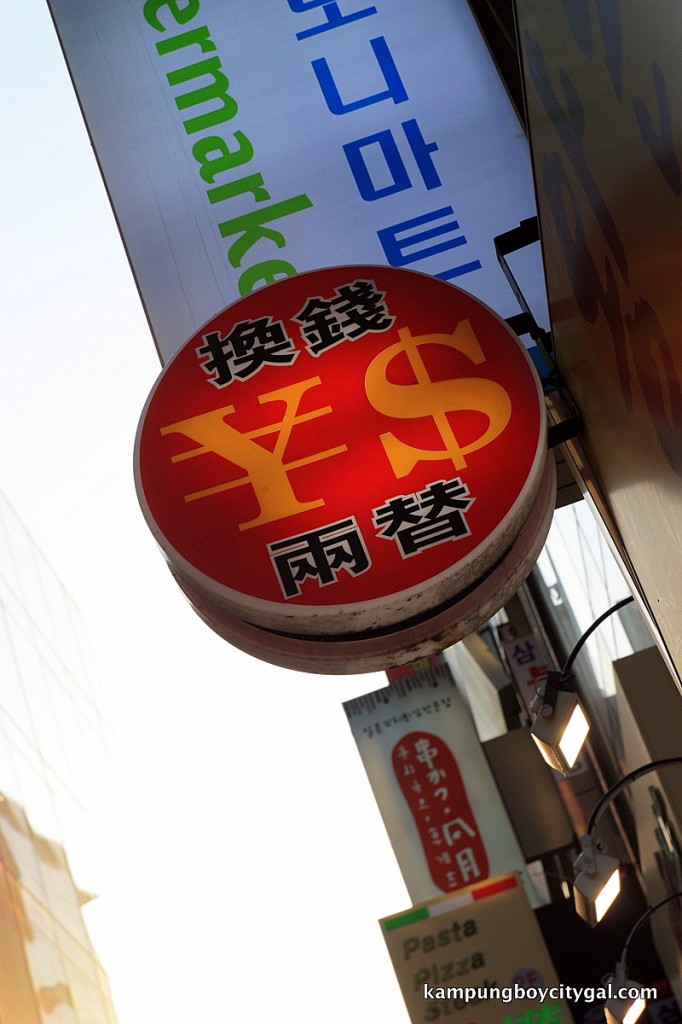 Well, this is complicated. Rates are generally better in South Korea as most banks and Foreign Exchange Bureaus mark to market their exchange rates. You may exchange your money at the Seoul airport, but exchange rates may not be the best. So what we did is to change RM into USD at Malaysia, and keep about RM 500 worth of wons to be used on the first day. Then, we head to Myeongdong upon arrival and to look for a Foreign Exchange Bureau to get our wons. Remember to compare the rates, and sometimes we manage to negotiate for a better rate.

A simple illustration (based on the rates which we got when we were in Korea):

That’s a whopping 4% savings! We managed to save a few hundred bucks from here. 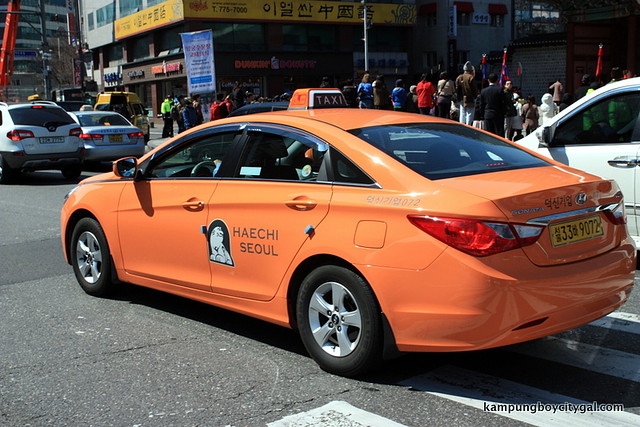 If you are traveling in a group of 3-4 person, that’s it. If you are using a T-Money card, the basic fare within 10 km is 1050 won, regardless of the number of stations. So if you are travelling in a group of 4 and you are heading to somewhere within 3-5 stations away, it is cheaper to take cab. Regular taxis start at 2400 won for the first two kilometers and are metered at 100 won every 159 meters. For example, to get to Myeongdong from Seoul Station, a standard cab fare is about 3000 – 3500 won. If we use the subway, it would have cost us 4200 won.

That’s about it! I think I’m beginning to sound like an ajjuma (aunty in Korean) – saved 5%, taking cab is cheaper by 1000 won, bla bla bla. But every penny counts no?

I was utterly delighted when Food Street invited me to do lunch at Kampachi. As the second oldest Japanese restaurant in Malaysia, Kampachi…