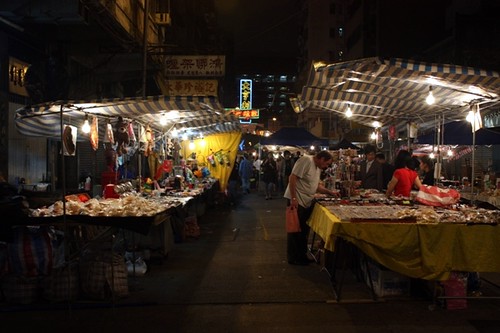 After seeing the fireworks show at Disneyland, we headed to City Gate Outlet Mall (Tung Chung station) which houses outlets from esprit, crocs, mango, roxy, adidas, nike etc to do some shopping. It explains why we bought 3 pairs of crocs from HK huh? That would be another post on another day.

We then dragged our weary feet back to our hotel to drop our shopping bags before heading to temple street area for a late dinner.

Other than Hing Kee or Wai Kee (that precious pea tried), Four Seasons, which is just a street away, was doing a roaring trade with all things claypot too. 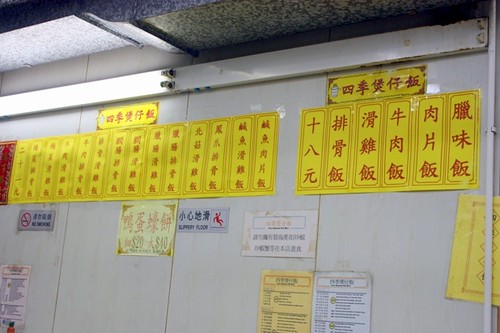 Looking for a menu? Just look up! 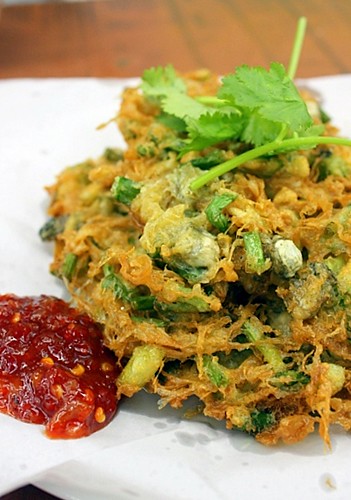 If you are totally clueless on what to order, just point to what the locals are having at nearby tables. We were glad that we did that because the oyster omelette 細鴨蛋蠔餅 (HKD 20) was really good! Deep fried until crispy, it was very different from those soft and starchy version that we always have. The duck eggs were well complemented by onions, spring onions and those tiny little oysters. Widely use as a ingredient in the process of making noodles, it seems like Hong Konger prefer duck eggs because of their rich yolks and better texture. Is it true? 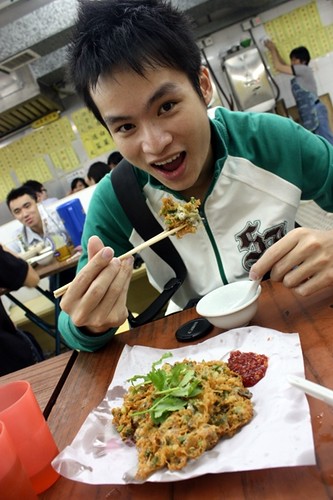 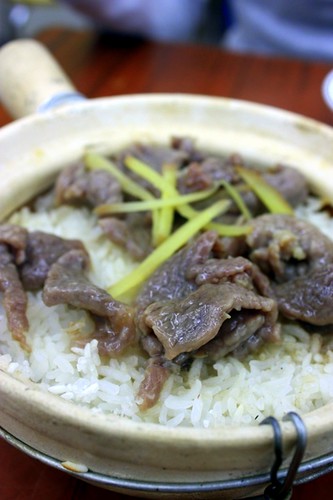 Rows after rows of claypot rice were cooked on charcoal flames at a make shift stall next to where we were sitting. Thus it takes a while to get our food. Once the pot cover of our claypot beef rice (HKD 18) was lifted, the aroma of freshly cooked rice wafted through the restaurant and it certainly tickled our hunger pangs! Not a big fan of beef? You can always opt for chicken, chinese sausages, pork ribs, fish slices, and many other variations. 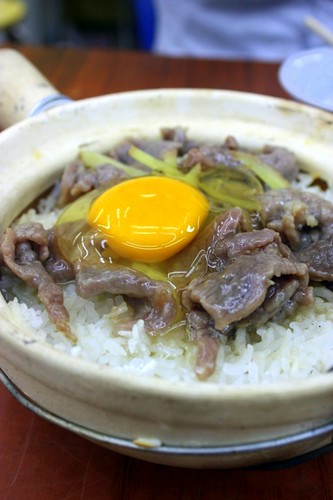 Next, break the raw egg open over the steaming hot rice (+ HKD 2)… 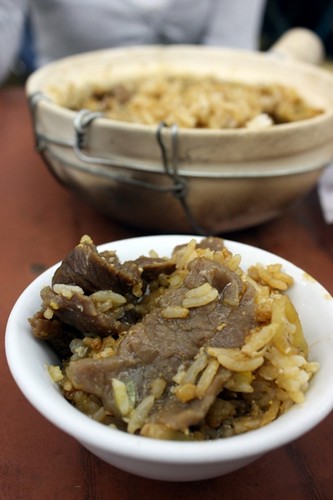 Before you tuck into a your bowl of claypot rice,drizzle a dash of dark soya sauce around the rice and toss. Unlike claypot rice that we had back at home, you need to add in your own ‘seasoning’ here.  Honestly, I still prefer Malaysian style of claypot chicken rice with dash of sesame oil, dark soy sauce (and perhaps msg?). KampungBoy objected, because he  loves  the  claypot rice in its original state – 飯香 (singular aroma of rice) with the nutty, slightly charred crust of grains found at the bottom and edges of the pot! What’s your take?

s I must admit that I’ve never thought of going to Okayama and Tottori prefectures prior to this trip. However, after spending a week…