Mui Kee Porridge, located inside Mongkok Municipal Bulding’s Food Court is famous for their fish belly congee and meatballs congee. It took us quite some time to get here from Nathan Road, with some wrong turns here and there. We reckoned that it is easier to go through Mongkok MTR and take exit B3. Go straight along MongKok Road until you see the Municipal Building on your right. Do not be surprised when you see a wet market, as you take the elevator up to level 3 (but 4th floor in chinese terms, confusing?), Mui Kee will appear right in front of your eyes. 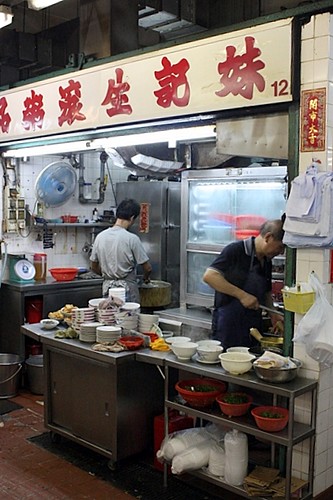 We watched the chef in action as he was busy preparing for our meals. First, he reheated the porridge in an aluminum pot, then the ingredients were placed into another dry pot on stove and the fire flare up around the pot!  In the blink of an eye, he poured the ingredients onto the porridge before it was being served to us. 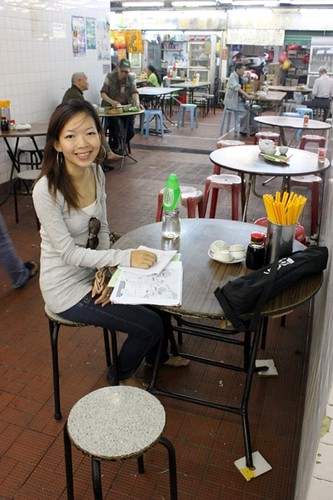 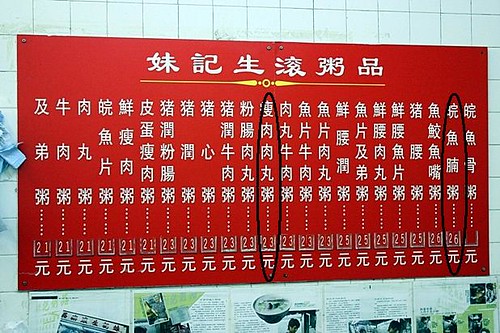 If you can’t read Chinese or you are not sure of what to order, point to these 🙂 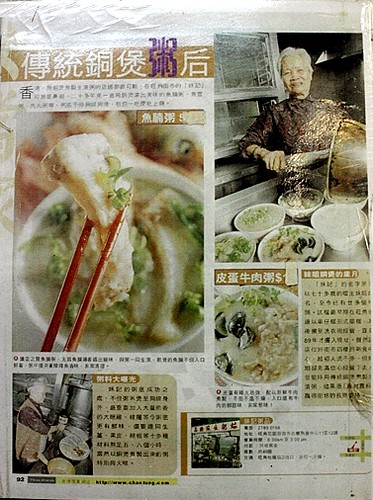 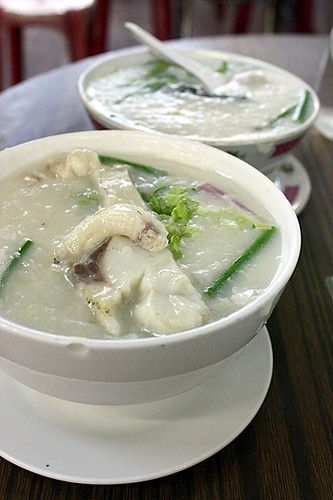 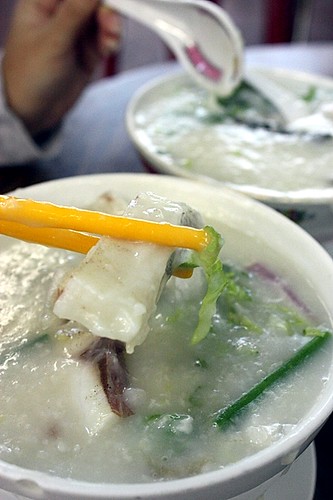 The Cantonese congee has a viscous and velvety smooth texture from the long hours of slow boiling. The fish belly fillets were fresh, juicy and a little oily (think Omega 3!). While it was delicious, but it can be a pain to eat because of some tiny little bones. Nevertheless, it’s still the best congee in my humble opinion. 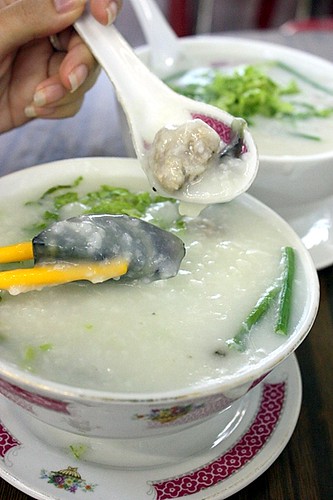 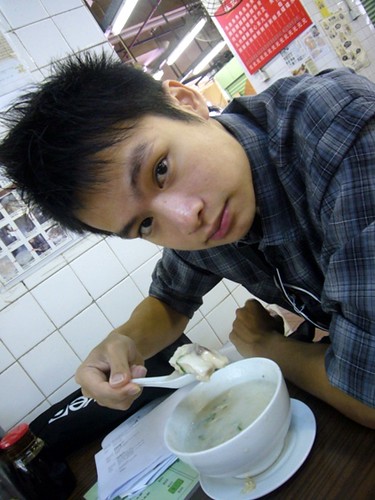 Mui Kee Congee is highly recommended by KampungBoy who’s not really a big fans of porridge. Remember to drop by for the congee whenever you are around Mongkok area ok? 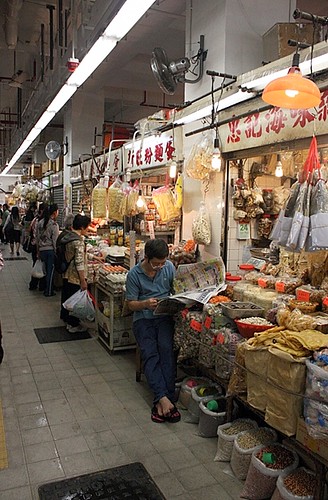 After such a satisfying breakfast, we took a stroll along the morning wet market where locals do their daily shopping of groceries, food and other daily necessities. 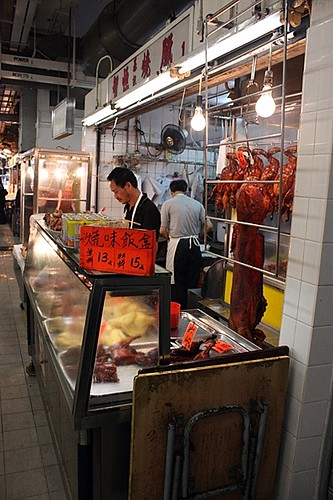 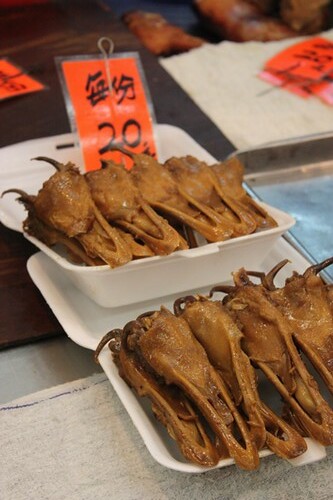 Not too long ago, our reader, Jesslyn invited us to dine at Phai Lin restaurant in Sri Damansara Club. Together with other floggers (ThamJiak,…