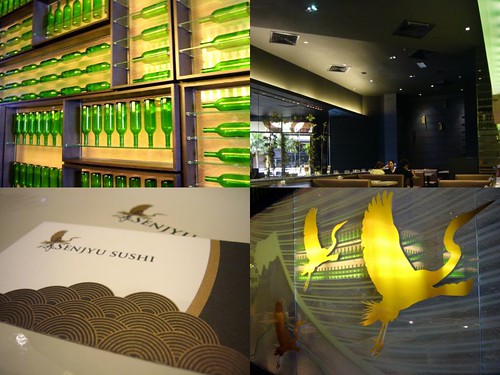 How was your Christmas? We hope that you had an enjoyable and memorable Christmas. Ours was pathetic though. KampungBoy was down with flu so we stayed home on the Christmas Eve and to make up for it, we went for simple Christmas lunch at Senjyu Sushi. We found the restaurant (surprisingly) empty on a public holiday –this made us hesitate at first, since this is usually a bad sign. However, we stuck it out and I’m glad we did. 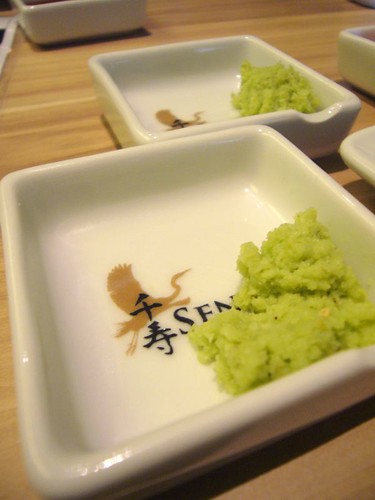 Senjyu Sushi, which is related to Sakae Sushi from , has nothing much in common.  Senjyu Sushi is an upmarket sushi place, with nice sleek décor, gorgeous pieces of copper cranes and a dark ambiance while Sakes Sushi is fun, casual and comes with a reasonable price tag.

We were served with freshly grated wasabi first. It has a sharp and clean, unlike the usual wasabi paste that we have in other sushi joints. Other than ordering from the menu, one can pick plates after plates of sushi from the conveyor belt. DO note that nothing is cheap here; it ranges from RM 4 for simple cucumber maki to RM 16 for luxurious item such as wagyu beef sushi. 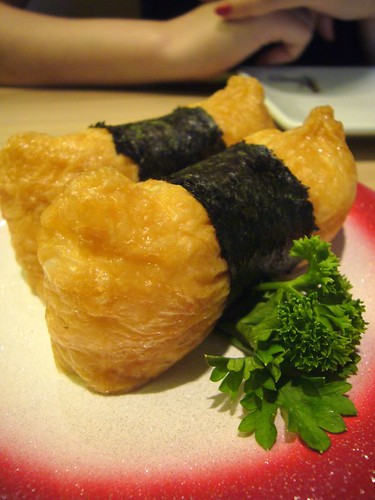 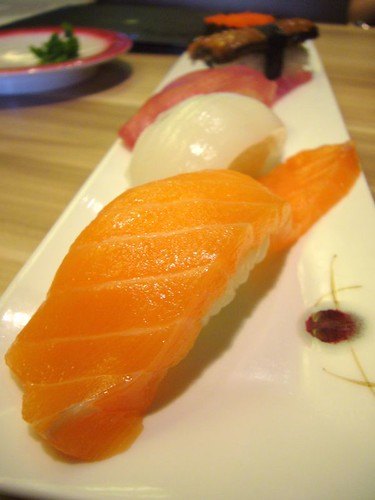 Senjyu Sushi is running a lunch promotion with bento set ranges from RM 39.90 to RM 42.90. Sushi and Soba Set (RM 42.90 ++) was the obvious choice, since KampungBoy can only take “ching” food as such.

We were clearly amused by the sushi with longer piece of fish. We can easily wrap it around the rice and eat it. How convenient! 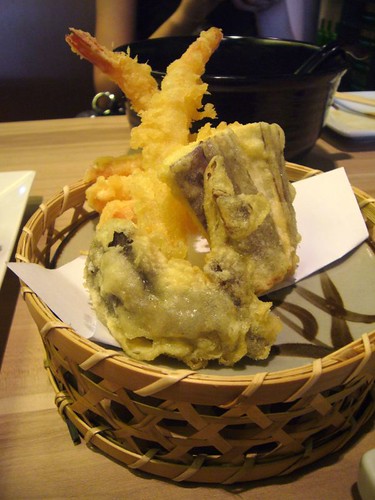 The tempuras were a huge let down. Although they were all freshly made (as we can see from the open kitchen), but the batter was hard, lumpy and greasy. 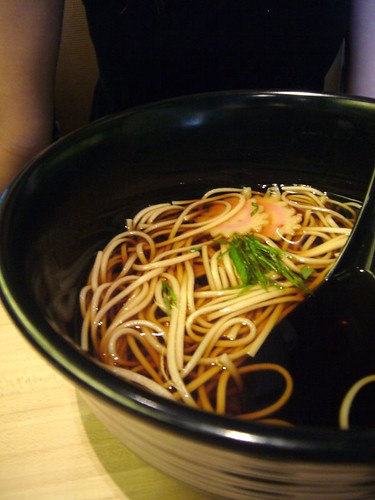 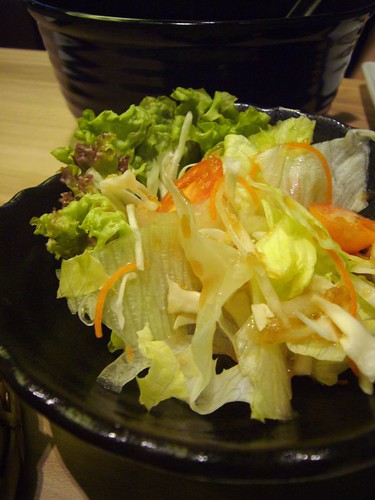 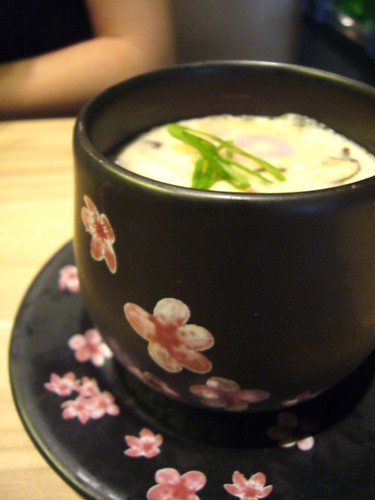 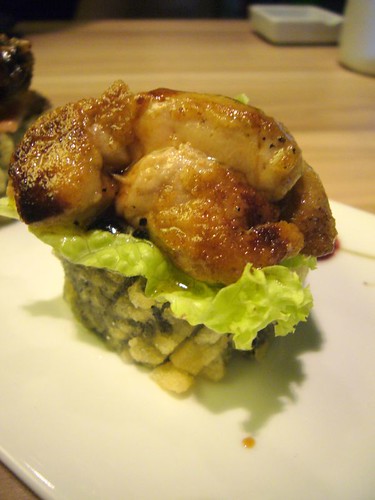 The Foie gras and oyster mentai maki (RM 24.90 ++) belongs to me since someone was too ill to indulge in such rich food. Imagine thin crispy outer layer and  the burst of hot liquid liver of bite size lightly seared foie gras. It was an instant bliss. 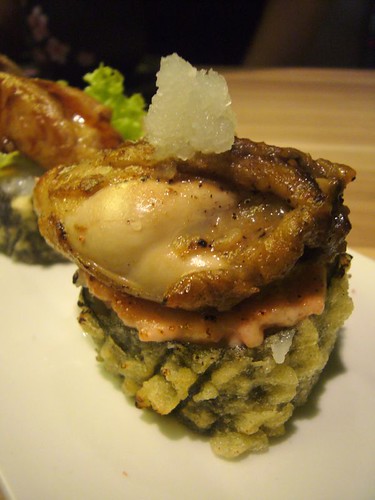 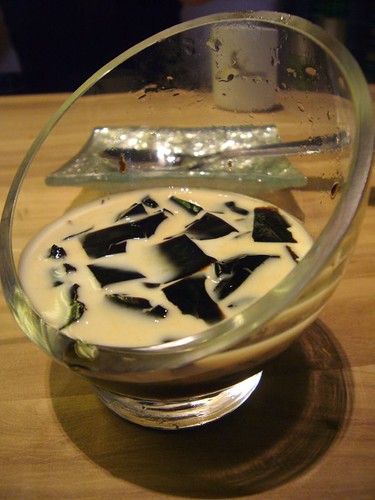 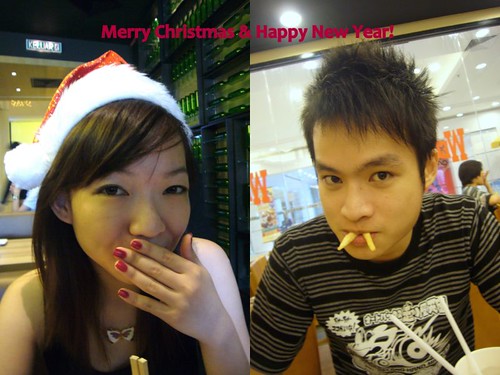 Total damange? RM 87 for two. It is definitely not a place that we can afford to dine in anytime. Service is extremely attentive, almost over attentive at times. We felt like most of the staffs were glaring at us throughout our meal. Other than this, we reckoned that the food is slightly more expensive than other sushi places in town but you get what you pay for.

Recognition from the local press is a sweet thing, and thumbs up for The Star for putting up a Food Blog column that feature…