Feeling adventurous on a Sunday night, we venture into KL area, Pudu Wai Sek Gai (Glutton Street). We are not a KL person; places that we are familiar with are limited: Jalan Alor, KLCC, Time Square, Star Hill Gallery and Pudu Raya. Full Stop. Ooo can Citygal adds Asian Heritage Row to the list?

We were so tired we considered giving up pretty much immediately when suddenly I thought of Jackson. Thanks Jackson, you are the savior! After much turnings and wander around, we found the place one hour later. 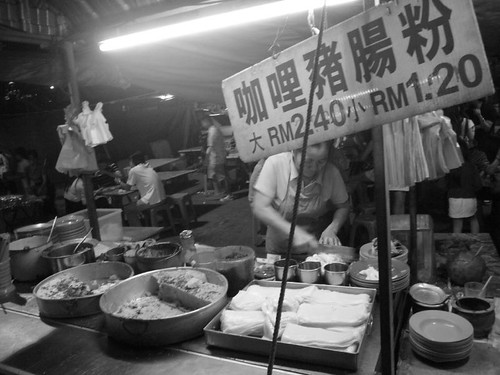 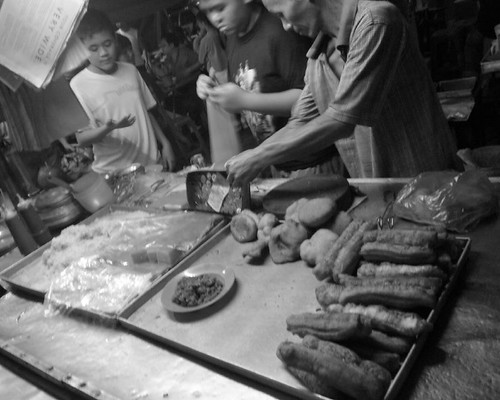 Shabby stalls offering good hawker food was parked along the alley. Hankering for food after being stuck in the car for one hour, I was pretty excited to start ordering. CKT is sold out, never mind, I’ll get the stew egg dessert, sold out again, never mind, there’s still stir fry radish cake, uncle is doing the last three plates. 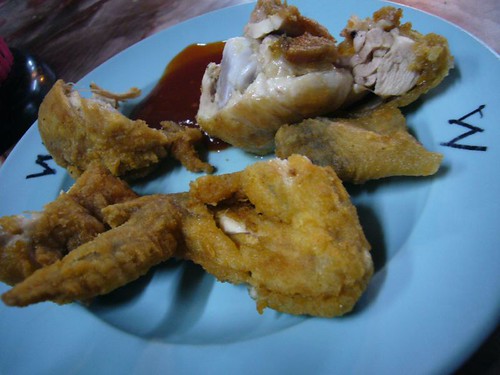 The perfect golden fried chicken was crispy, tender and flavorful. I like my fried chicken with a crust where I can get your teeth into. It was marinated and breaded in the special mixture of seasonings. We were eating with much gusto even though most of the must try items were sold off. 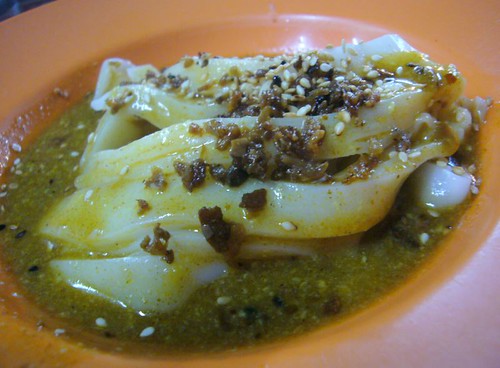 The chee cheong fun is thin and smooth, the accompanied curry gravy comes with lots of fried shallots and pounded dried shrimps. Maybe they can add extra chillies to kick up the flavour intensity. 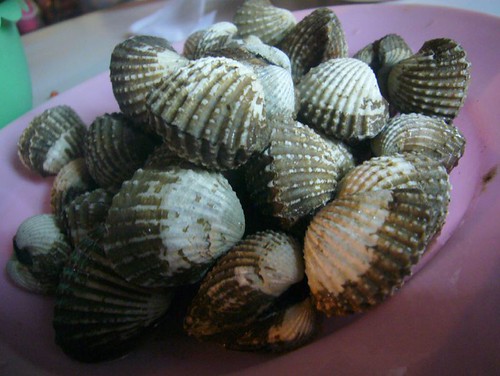 Boiled cockles for the brave at heart. The bloody cockles is bloody good, it was so fresh that the blood spatter on my hand when I tried to open it. The freshly-dredged cockles were boiled rapidly and ready to be served in a short while. It was best to be eaten with a spicy local chilli sauce with squeeze lime juice. 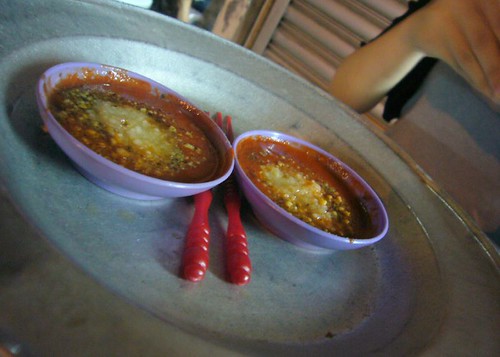 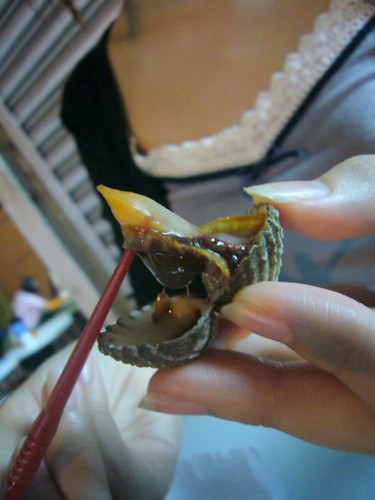 I couldn’t help thinking about “hepatitis” when I popped these giant juicy cockles into my mouth, sigh, eat first think later lar!

Grandma always instill with me the believe that charcoal produce delectable tong sui, smoke from smoldering charcoal will make your food tastes better. I know that I have to buy the tong sui (Chinese sweet soup) from the chee cheong fun where they subsequently boiled the tong sui over charcoal fire. The bubur cha-cha is real good stuff , the combination of sweet potato, yam, black-eyed beans, tapioca jelly and sago pearls in thick coconut milk gives you nothing but GUILT. Flap like a chicken, shake your butts and go cha-cha.

In case you guys lost in the middle of nowhere 🙂 Lesson learnt for KampungboyCitygal.

Famous for their aroma and taste, truffles are the jewels in Italys gastronomic crown and Garibaldi is offering a special menu as part of…