A huge increase of Korean restaurants, retailers and groceries stores around Sri Hartamas is seen, particularly because Hartamas and Bukit Kiara attracts a high expatriate population with Japanese and Korean who comprise almost half the total residential population.

It’s hard to make up our mind as there was too much of korean restaurants available, the heavy rain pour made the decision. We settled for Dae Sa Kwan where we had just parked our car infront of the shoplots. Maybe we shall try out Daorae which quite a number of bloggers had featured about next time. 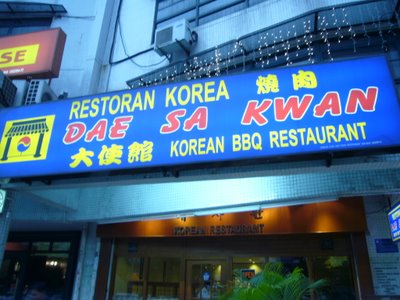 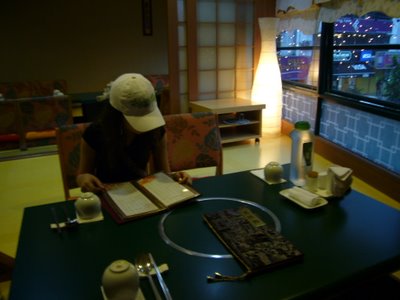 We were brought to the upper floor, where we can experience the traditional korean dining, it normally entails sitting on the floor and eating off a small table. My calves soon emitted frantic signals of numbs, guess I need to correct my postures as sitting with ur knees cross is the ‘very right’ postures. 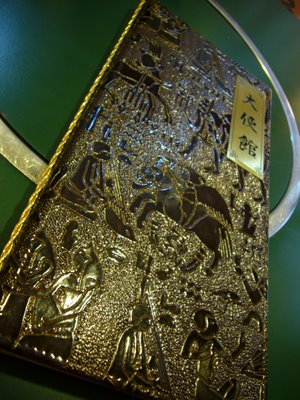 Hmm their menu is a bit confusing, its all in korean words with description in English..but hey I need pictures!! 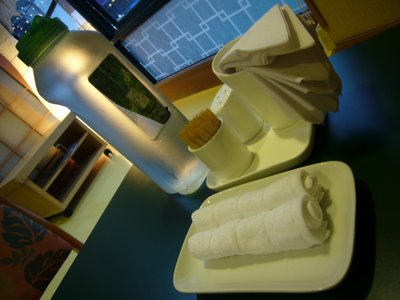 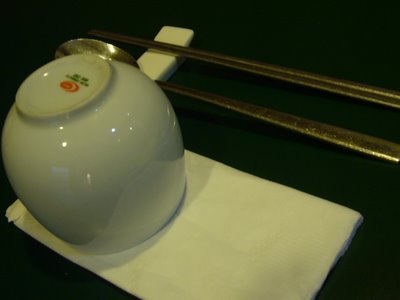 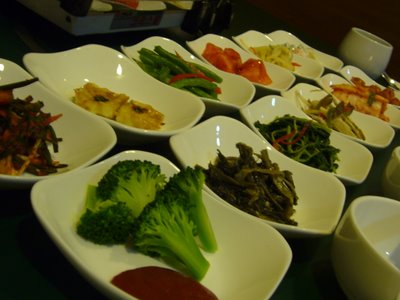 Appetizers / starters – You are entitled to refills of two servings. Most of the veges are pickled stuffs, some even looked and tasted like mum’s cooking. 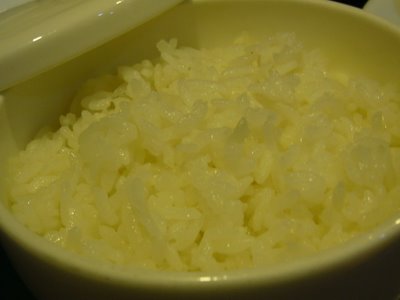 Just find this bowl of rice picture adorable, don’t you think so? 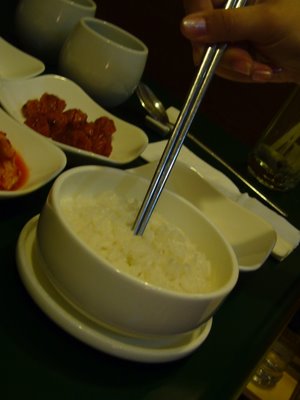 Kgboy said that the silver coloured elongated chopsticks looks like some needles where ancient Chinese heroes used to test whether their food is being poisoned. LOL 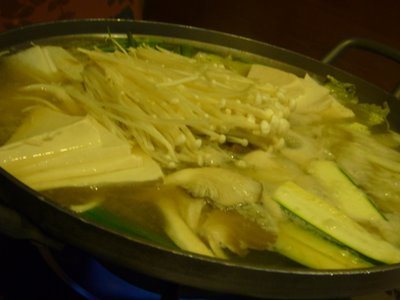 The bibimbap hotpot that we ordered, with assortment of veges, beef and some garlic, onion based soup. The soup is lip smacking good, its great for curing flu viruses too!

You can have your food barbequed too, the sizzling and cracking sound of crisps and lards makes us feel “urrrgghhhh, we should have ordered that!” . Nevermind though, as the soups and beef are good, and we shall try their bbq item next time. 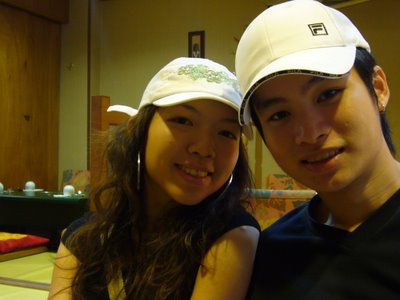 It costs about rm 60. We can hardly move after all the stuff, we tried really not to waste to food but mission failed. It’s an good excuse to do some boutiques hopping around hartamas area after that. There’s a lot of boutiques selling nice and cheap clothing around this area!