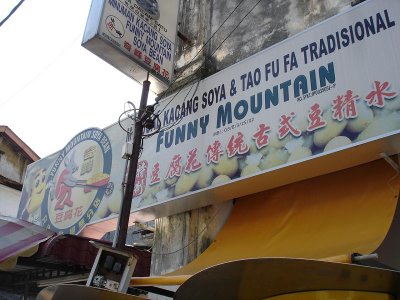 If your stomach still has space after some scrumptious dim sum from Foh San, drop by at this little corner lot across the road from Foh San. Funny Mountain claims themselves as Tau Fu Fa (Soy bean curd) and Soy Milk specialists. It’s a fact indeed as it has been here for the pass 20 years and their popularity among Ipoh people remains. 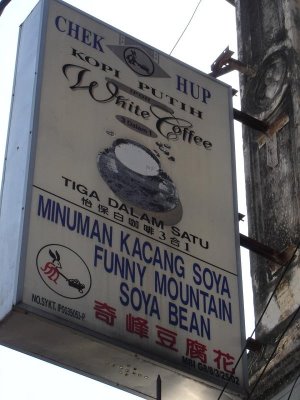 Sometimes I wonder why wouldn’t they make it big through franchise or shift to a bigger shop lot? I’m sure they have their own reasons for that. Even though they are located at this humble little place, their business are pretty good where most people would stopped their car for take aways. Few long wooden benches were placed for patrons who prefer to have their tau fu fa on the spot. 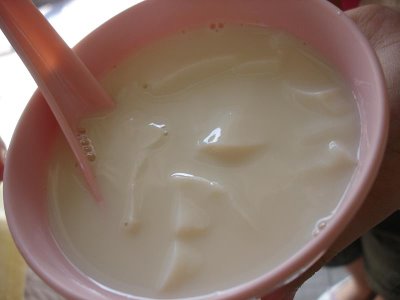 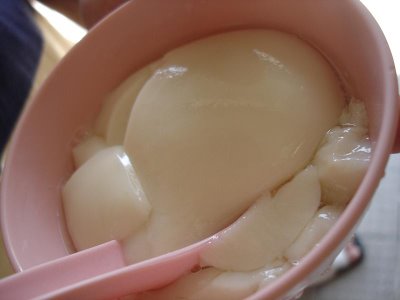 Plain Tau Fu Fa with Ginger Syrup RM 0.70. This is intensely smooth that I had a second bowl. Now I now why am I so chubby in my past 18 years in Ipoh. I guess coming back once in a while and indulge myself doesn’t cost much harm right? (Lame excuses :P)

I’m not a rice person. I always skip rice and pick on the main dishes whenever there is a family dinner. “Eat more rice…